Georgian forces said on Friday that, earlier in the week, they had fired at a jet they believed was Russian as it flew over Georgian territory.
They said they might have brought the aircraft down.
Ministry’s claim
Shota Utiashvili, a spokesman for the Georgian interior ministry, said that “a Russian plane was fired at over Upper Abkhazia”.
Upper Abkhazia is the Georgian government’s term for the Kodori Gorge, a volatile area on the fringes of the pro-Russian breakaway republic of Abkhazia that is still partially under Georgian control.
Utiashvili said he could not confirm the aircraft had crashed, but said residents of the remote area reported hearing an explosion and seeing part of the forest burning.
Russia denied the incident occurred, with Russia’s military chief of staff suggesting Georgian officials were “hallucinating”.
Strained ties
Relations between Georgia and Russia have become increasingly strained, with Georgia recently accusing Russia of dropping a missile near Tbilisi.
Georgia resents Moscow’s close relations with Abkhazia and the other breakaway region of South Ossetia, while Moscow objects to Georgia’s efforts to reduce Russian influence and cultivates ties with the US and Nato.

Jonah Hull, Al Jazeera’s correspondent in Moscow, said: “The credibility of the Abkhazia report should probably be questioned just a little bit … but if it is proven to be a Russian plane shot down by Georgia, it would be the most serious incident we have seen in years.

“This particular incident is just the latest in a flurry of these sorts of accusations.”
“It does have all the hallmarks of someone trying to stir up trouble in those [breakaway] regions … at a time when Georgia is trying to break away from Russia’s sphere of influence and move closer to Europe.”
Heated dispute
The claims and counter-claims come amid a heated dispute between the ex-Soviet neighbours over earlier accusations by Georgia of airspace violations by Russian military aircraft.
“This is the latest … provocation aimed against us,” Alexander Drobyshevsky, a Russian air force spokesman, was quoted as saying by the RIA-Novosti news agency.
“I once again declare that Russian air force planes have not violated the Georgian border.”
Source: Al Jazeera, News Agencies 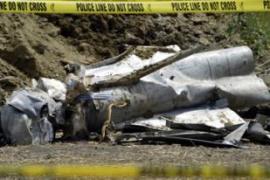 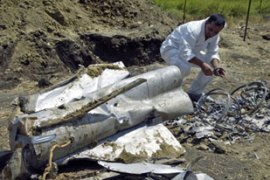 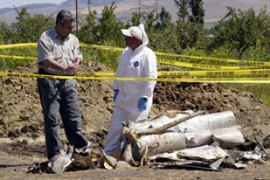 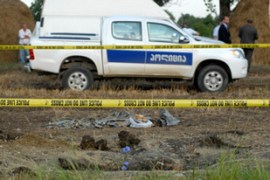