Margaret Chan, the WHO director general, said in a statement that such co-operation was essential “given today’s universal vulnerability to these threats”.
The threats are diverse, according to the report, and include not only epidemics but also food-borne diseases, chemical, biological or nuclear attacks and accidents, industrial pollution and the impact of climate change, the report said.
Unknown threats
Titled A Safer Future, the 2007 report emphasises that the international response required today is not only to the known, but also to the unknown.
Since the 1970s new diseases have been identified at the “unprecedented” rate of one or more per year, the report said.
“It would be extremely naive and complacent to assume that there will not be another disease like Aids, another Ebola, another Sars [Severe Acute Respiratory Syndrome], sooner or later,” it said.

Meanwhile, centuries-old threats such as influenza, malaria and tuberculosis were still thriving due to a combination of biological mutations, rising resistance to antibiotics and weak health systems.

The spread of diseases such as bubonic plague, cholera and smallpox were stifled by quarantines, better sanitation and immunisation.
The report argues that while these advances came about separately, they became successes only once they were applied internationally.
The WHO report is based largely on the notion that, diseases can spread around the world more swiftly, partly due to the expansion in passenger air travel over the past half century and increasing volumes of trade.
It warned of “serious gaps, particularly in health services in many countries”, caused by poverty or a lack of investment.
Disease fears
This year, the WHO introduced new International Health Regulations that are meant to sharpen the responses of its 193 members to major health threats within their own borders or abroad.
It is also trying to resolve Indonesian complaints about non-availability of newly developed medicines in poor countries.
Last year Indonesia refused to share tissue samples of human bird flu sufferers with the WHO unless it was given a guarantee that they would not be sold to pharmaceutical companies.
The sharing of tissue samples from human victims would help to detect possible mutations in the H5N1 bird flu virus.
The concern that a mutation in the virus might lead to a flu pandemic was one of the biggest disease fears at the beginning of this century.
Source : News Agencies 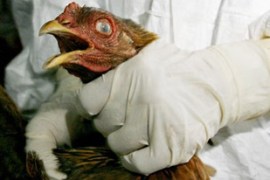 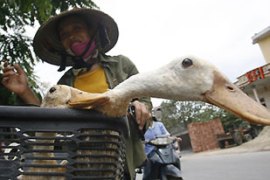 Man becomes first human case reported in Vietnam in more than a year. 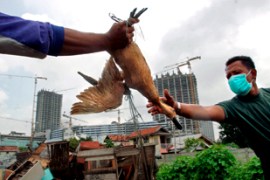 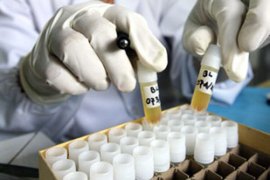