Twelve traditional chiefs, seen as allied to the SLPP, are also in the parliament.
SLPP slump
The SLPP’s performance in the election marks a sharp drop in fortunes from the 83-seat majority it held in the previous assembly.
The party has been credited with helping to end Sierra Leone’s civil war between 1991-2002 but has been blamed for corruption and economic mismanagement.
The presidential and legislative vote was only the second held since Sierra Leone’s civil war ended, and the first since 17,500 UN peacekeepers left in 2005.
In the vote for a successor to Ahmad Tejan Kabbah, the outgoing president, provisional results showed that Koroma was first with 44.3 per cent of the vote, ahead of Berewa on 38.3 per cent.
Berewa is under pressure in the second round run-off after Charles Margai, third-place candidate, voiced his support for Koroma.
Most of the than 5,000 international and local observers who monitored the poll said voting was generally free and transparent.
Turnout in the election was 75.8 per cent, the highest on record.
Source: News Agencies 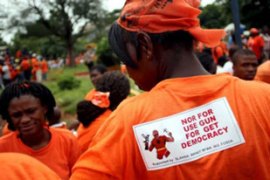 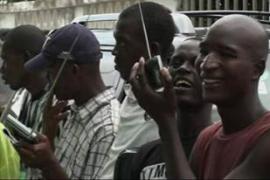 Provisional results expected on Monday in the first vote since UN pullout in 2005. 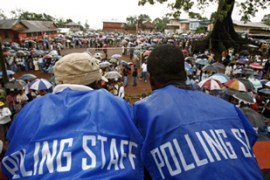 Preliminary results in first election since UN pullout expected by end of the week. 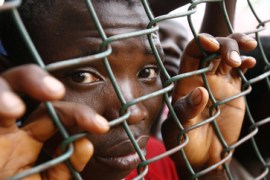