Part of the United Arab Emirates, Dubai has become an influential player in global business and tourism, attracting US oil services firm Halliburton which recently opened a headquarters office there.
Investing abroad
Increasingly, the emirate has been making waves far away from the Gulf.
Borse Dubai has bid $4bn for Nordic exchange owner OMX AB; Dubai World’s Istithmar investment unit beat rivals this month with a $942.3m bid to buy luxury clothing store Barneys New York from Jones Apparel Group and it also spent $100m this year to buy the QE2 ocean liner.
Terry Lanni, MGM’s chief executive, said Dubai’s connections to high rollers from the Middle East, Russia and India would open up new opportunities and boost its growth prospects.
“This opens the door for us to explore other opportunities,” he said.
“They are selling villas and condos to people we don’t even know. They’re selling condominiums for four times per square foot than we are.”
Dubai World said it would buy 28.4 million MGM shares, or 9.5 per cent of the casino operator, for about $2.4bn.
Half the shares will be from existing shareholders at $84 per share – a 13 per cent premium on the closing price of $74.32 on Tuesday – and half will be newly issued shares at the same price.

The firm will also invest about $2.7bn to acquire a 50 per cent stake in MGM’s CityCentre project, a $7.4bn, 76-acre Las Vegas development of hotels, condominiums and retail outlets due to open in 2009.

Dubai World will pay MGM Mirage an additional $100m if the project opens on time and within budget.
Lanni said the deal will reduce MGM’s debt by about $6bn, allowing the company to finance new projects.
MGM has been expanding overseas as new development prospects dwindle in Las Vegas, where it operates 11 casinos.
It plans to open the MGM Grand Macau in China’s gambling haven this year and has signed joint ventures with China’s Diaoyutai State Guesthouse and Abu Dhabi’s Mubadala Development to develop luxury hotels and resorts around the world.
Standard & Poor’s Ratings Services said on Wednesday it may revise MGM Mirage’s corporate credit rating of “BB” (high risk) following the news.
Wider impact
Analysts believe the stake purchased by Dubai World will also lead to the end a series of financial moves by MGM Mirage’s majority shareholder, 90-year-old billionaire investor Kirk Kerkorian.
In June, Kerkorian abandoned a buyout of the Bellagio casino-hotel when it was revealed that MGM Mirage had cut a separate deal with Kerzner International Holdings to develop a new multibillion-dollar resort in Las Vegas.
Kerzner is 30 per cent-owned by Dubai World.
Kerkorian’s stake in MGM Mirage is expected to fall to 51.65 per cent from 54.15 per cent once Dubai World’s purchase is finalised.
MGM shares jumped as much as 10.5 per cent and its bonds rallied on news of the deal.
Source : News Agencies 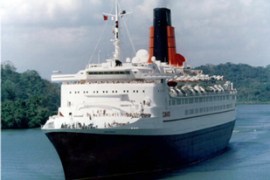 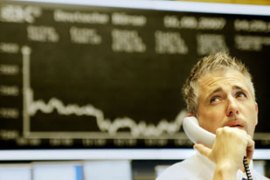 Britain’s High Court has approved the takeover of UK shipping icon Peninsular and Oriental Steam Navigation Co by state-owned Dubai Ports World, despite a last-minute objection by a US company.

The US President has said that the deal allowing an Arab company to take over six major US seaports must go forward, and he would veto any congressional effort to stop it.