Dr Saad Jasim from the Baiji General hospital confirmed the attack and said the hospital received 24 bodies.
“The majority of the victims are civilians,” he told AFP.
Saad Noori, Baiji’s police captain, said the targeted station was in the centre of the town’s marketplace.
“A big part of the police station has collapsed and lots of shops are damaged,” he said.
A similar attack by a suicide bomber who ploughed an explosives-laden oil tanker into Baiji’s police headquarters killed 15 people in late June.
Source : News Agencies 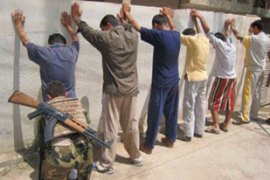 US troops say they have discovered an al-Qaeda “execution house” in Baquba. 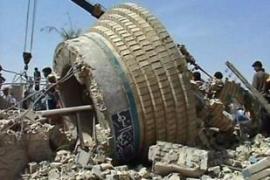 Two car bombs hit a Shia area on a day marked by more killings and kidnappings.