Sepat swept into eastern Jiangxi province late on Sunday after battering the southeastern provinces of Fujian and Zhejiang.

Yongfeng county in Jiangxi had received 399mm of rain by Monday night, making it the worst-hit area in the province, according to the state-run Xinhua news agency.

More than four and a half million people have been affected by the typhoon in the three provinces, and nearly one million relocated to safe areas, the civil affairs ministry said.

The storms have destroyed about 1400 square kilometres of farmland, while more than 7,600 houses been destroyed and 28,000 others were damaged, it added.

Sepat caused a series of landslides and floods in Fujian which killed eight people.

While in Zhejiang, a tornado which spun off Sepat caused at least 12 deaths as it spun through the city of Wenzhou smashing 156 homes.

Chinese authorities closed mines in the central province of Hunan for the next three days as a precaution.

A report on the ministry of civil affairs website said 13 people were still missing, without specifying where they lived.

Sepat – which takes its name from the Malay word for a species of freshwater fish – was expected to hit Hubei Province in central China from Monday to Wednesday.

Last week, the typhoon killed at least one person in Taiwan, and left three dead in the Philippines. 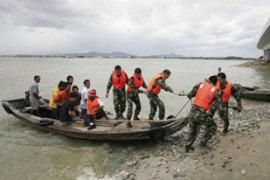 Heavy rains and winds of up to 119km per hour hit southern coast. 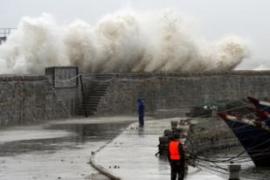 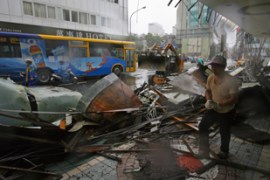