Yves Leterme, the Christian Democrat leader, had been appointed to form a new government after elections in June.

“One of the major points of disagreement was the absence of a consensus regarding a clear vision for the role, the significance and positioning of the state,” he said.

“This is fundamental in a constructive relationship with the other authorities in the country, notably the communities.”

Leterme, who has annoyed many of Belgium’s French speakers by saying they were too stupid or unwilling to learn Flemish, is a former prime minister of the Flemish-speaking regional government.

His party won the most votes in the elections in June partly because of a pledge to devolve more powers from the federal level to the regions.

The Flemish parties want to have more control over finances for their relatively rich region of Flanders while Francophone parties from the traditionally poorer area of Wallonia fear that this will result in less money for their region.

One political analyst said Leterme might be forced to abandon his restructuring plans to resolve the political impasse, although this would leave him open to criticism.

“The only solution is to have a Christian Democrat and liberal coalition without reform of the state,” Marc Swyngedouw, political sociology professor at the Catholic University of Louvain, said. “That’s the only solution I see.”

The division between the Flemish and French political parties has hampered attempts to reform the economy, particularly the inflexible labour market. 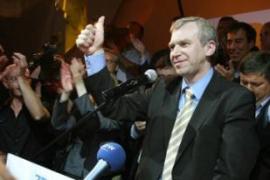