Kaka had a home in Kandahar, but was the administration chief of Zhari district just west of the southern city.
Some of the worst violence since the US overthrew the country’s Taliban government in 2001, including attacks on international troops with the Nato-led International Security Assistance Force (Isaf), has taken place in Zhari.
Five civilians have also been killed in fighting between Nato troops and Taliban fighters in the east of Afghanistan on Friday.
The troops hit a roadside bomb and then came under small-arms fire and mortar fire, a Nato statement said.
The force did not give the location of the incident.
Five Afghans were killed in the shooting, and three more wounded, Nato said. Two Taliban fighters were also hurt.
Fighting against the Afghan government and the foreign troops has risen in the country in the past 19 months, making it the deadliest period since 2001.
Source : News Agencies 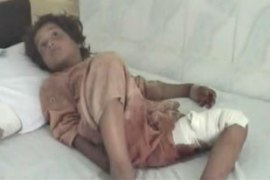 Officials in Helmand province say 45 civilians were among more than 100 dead. 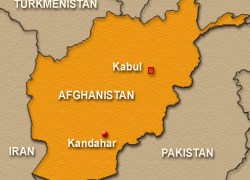 Two bombers who blew themselves up in the Afghan city of Kandahar have killed two coalition soldiers and at least six civilians.

A suicide car bomb near a Canadian convoy in southern Afghanistan killed three bystanders on Sunday, while a governor said four policemen and 18 insurgents were killed in a battle nearby.