The civilian trial of Jose Padilla, Adham Amin Hassoun and Kifah Wael Jayyousi has got under way in Miami.

The three are accused of providing money and recruits to al-Qaeda linked groups around the world.

Padilla, a former Chicago gang member who converted to Islam, has been in federal custody since May 2002 when he was arrested at Chicago’s O’Hare International Airport on his return from Egypt.

George Bush declared Padilla, who is also known as Abdullah al-Muhajir, an “enemy combatant” and he was held for three and a half years in a military prison.

While detained by the military, Padilla’s lawyers said he was subjected to sleep deprivation, threats of execution, exposure to noxious fumes and extremes heat and cold, and was forced to wear a hood and left in a stress position for extended periods of time.

The US administration initially accused him of plotting to detonate a radioactive “dirty bomb” inside the US, but he was never charged.

Instead, while the US Supreme Court was considering a petition that challenged Bush’s authority to have Padilla detained without charging him, he was transferred to civilian custody, making him the first American citizen to go from being an “enemy combatant” in the so-called “war on terror” to a defendant in a US criminal court.

He was added to the indictment against Hassoun, a Lebanese-born Palestinian computer programmer, and Jayyousi, a Jordanian-born US citizen and former school administrator.

The presiding judge in the trial has ruled the proceedings should not include anything Padilla told interrogators during the three and half years he was held in military custody.

The charges against Padilla, Hassoun and Kifah are those of conspiring to “murder, kidnap and maim” people overseas and providing material support for “terrorists”.

None are accused of committing acts of violence.

Further, the judge has ordered prosecutors to avoid drawing any links to the September 11 attacks on the World Trade Centre, since the defendants are not charged with supporting the attacks nor of involvement in them. 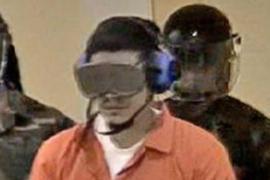 Ruling clears way for trial of alleged al-Qaeda operative who claims US torture.