Several roads outside the city were submerged under water up to 1.5 metres deep.

As of early Thursday, forecasters said the storm was moving in a northwesterly direction and would pass close to the northernmost province of Batanes on Saturday, but would not make a direct hit.

If it follows that course it would then churn towards southern Taiwan and mainland China, although typhoons are hard to predict.

Taiwan has already issued a sea warning and told fisherman to return to port.

Philippine officials say Sepat could become even more powerful, becoming a super typhoon as it passes the country.

“It can wash out everything not made of cement or steel with that wind,” Philippine government forecaster Lucrecio About said. 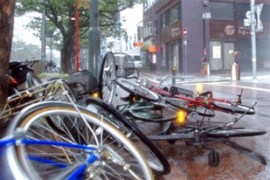 Usagi downgraded as it heads out to sea after hitting Kyushu and injuring 18 people. 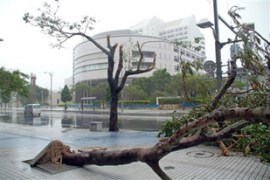 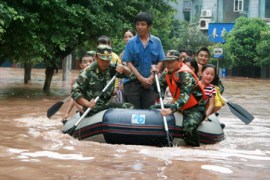 Torrential rains continue after killing 94 people and displacing half a million.