He is said to still suffer from an acute heart condition.
The charges against Chiluba stem from an anti-corruption campaign launched by Levy Mwanawasa, Zambia’s president and Chiluba’s successor.
Witch-hunt?
Chiluba, who denies the charges, has said the case against him is a “political witch-hunt”.

He was originally charged with 168 counts of theft, totalling over $40m, much of it thought to have been channelled into a “slush fund” in London.

While many of his countrymen were living on less than $1 a day, Chiluba allegedly paid $1.2m to a boutique shop in Switzerland.

In 2005, as part of the investigation into the charges against him, hundreds of designer suits, shirts and 100 pairs of shoes, some bearing his initials, were seized from a warehouse.
Not all Zambians, though, think he should be prosecuted.
Gloria Gwaba, a 31-year-old widow who lives with her four children in a slum in Lusaka, told Al Jazeera there was little point in pursuing the former president.
‘Leave him alone’
“Chiluba has already spoilt things,” Gwaba said.
“Whether they convict him or not, we still won’t get back what he stole. We are already suffering, so they should leave him alone.”
Although many of the charges against him have been subsequently dropped, in May 2007, the UK’s high court found Chiluba and his associates guilty of stealing $46m in state funds.
Chiluba, though, refused to recognise the authority of the UK court and has warned that the judgment would prejudice the Zambian court against him.
Source: Al Jazeera 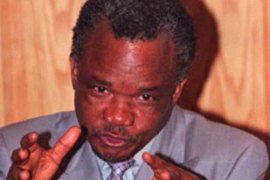 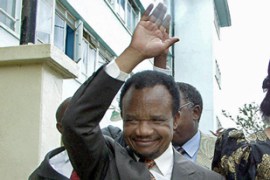