Jasim Azawi, presenter of Al Jazeera’s Inside Iraq said the attack was definitely a “targeted assassination”.

“These are the top two most senior military and security officers in Diwaniyah, this will be a major setback for the al-Maliki government,” he said.

A senior security official in Diwaniyah, which is about 130km south of Baghdad, told the AFP news agency that the convoy was hit by multiple explosions.

Iraqi state television said the deputy governor had ordered an indefinite curfew from 7pm (1500 GMT) in Diwaniyah after the killings in what the channel called an isolated area without security protection.

The province has seen frequent clashes between Shia groups and US and Iraqi troops. Violence between rival Shia factions has also been on the increase in the area. 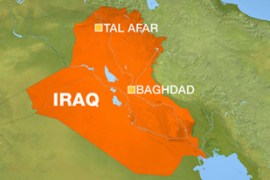 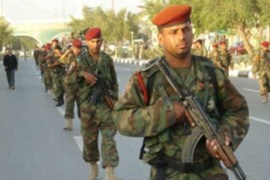 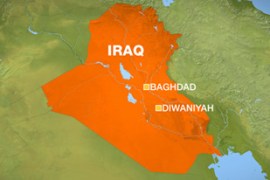