The quake, which killed 11 people and injured more than 1,000, caused malfunctions and leaks at the plant which operates seven nuclear reactors, making it the world’s biggest power generator.
Philippe Jamet, director of the IAEA’s Nuclear Installation Safety division, said additional tests will have to be done in the following months or year if the station is to be operational again.
The government in a report said there was a need to address growing concerns over safety issues, cover-ups of hundreds of minor problems and illegal repairs at all nuclear power facilities.
“As one of the world’s most quake-prone nations, it is important for us to achieve earthquake resistance based on the latest scientific knowledge,” said the report on nuclear power released on Friday.
“Safety must be the absolute priority. In order to avoid misconduct, we should also learn from failures from the past and take precautions to prevent accidents.”
Plant operator Tokyo Electric Power Co (Tepco) has been criticised for a host of problems in the quake’s aftermath, including a fire-charred electrical transformer and leakage of radioactive water into the sea.
Earlier this week, Tepco said some plant workers were also splashed with a small amount of radioactive water while cleaning but escaped exposure because of their protective gear.
Japan’s energy sector relies heavily on nuclear power, which supplies about 30 per cent of the country’s electricity, and there are plans to build another 11 reactors by 2017.
Source : News Agencies 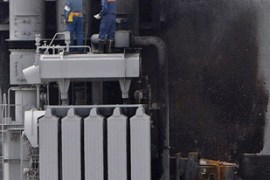 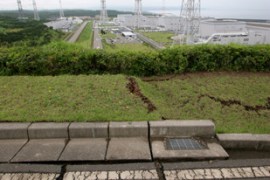