The Swiss firm claims India’s laws are unfair because they allow Indian companies to manufacture far cheaper imitations of its products.
Critics of Novartis say changes to the law would affect the supply of affordable anti-Aids drugs from India, one of the biggest makers of generic drugs.

Non-governmental organisations feared a victory for Novartis would set a precedent for other pharmaceutical companies seeking patent protection for essential medicines.

“Our case is solely about safeguarding intellectual property, this is not about patient access.”

India‘s patent law, which came into effect on January 1, 2005, allows patents for products that represent new inventions after 1995, the year India joined the World Trade Organisation, or for an updated drug that shows greater efficacy.

The Indian government rejected a Novartis attempt to patent a new version of its popular leukaemia drug Gleevec.

Novartis insists that its improved drug is more easily absorbed by the body.

But Indian drug companies and aid groups say Gleevec, which is known in Europe and India as Glivec, is a new form of an old drug invented before 1995.

Several Indian pharmaceutical companies already make generic copies of Gleevec, but sell it at a tenth of the $2,600 price for a monthly dose charged by the Swiss company.

Novartis says it has a record in funding health care projects for the poor which cost it hundreds of millions of dollars.

In a statement in January, the company said: “Our case is solely about safeguarding intellectual property. This is not about patient access. With our well-regarded record in social responsibility, we are surprised that some groups are confusing the issue in India.”

But health campaign groups say that if drug companies like Novartis are allowed to patent their products, cheap copies will dry up, and the poor will go untreated.

International aid groups Medecins Sans Frontieres and Oxfam collected more than 250,000 signatures for a petition to Novartis asking it to drop its case.

Campaigners are also looking to the Indian government for help and sympathetic politicians say patent laws simply should not apply to drugs at all.

Novartis has defended its position and said it will offer its leukaemia drug for free to patients who cannot afford it. 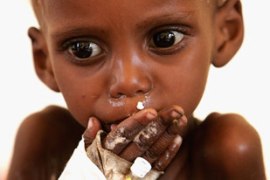 The Indian government has announced plans to provide HIV/AIDS patients with the world’s cheapest drugs, through a deal struck with the country’s pharmaceutical firms.

The South African government has announced that it will provide anti-retroviral drugs to the country’s estimated five million HIV carriers.

Non-governmental organisations have criticised a deal reached by the World Trade Organisation (WTO) to let poorer nations import cheaper generic drugs to fight killer diseases such as AIDS and malaria.