CNRT, a party founded this year by Gusmao, declared a coalition with other parties in the 65-member parliament after no single party won a majority in elections on June 30.
“Gusmao will be sworn in as prime minister on Wednesday,” Ramos-Horta said.
Opposition anger
The former ruling party Fretilin had also claimed the right to govern.

Fretilin won the most seats in the election but is in the minority as it holds fewer seats than Gusmao’s party plus its coalition partners.

It insists that as the largest single party it has the right to form a government.
Mari Alkatiri, the party’s leader and former prime minister said: “We regard it as a political and illegal decision and as such Fretilin will not work with this government.”
But Ramos-Horta called for all East Timorese to accept his  announcement.
“As a president, an older brother and a Nobel peace laureate, I want to call on the people to accept this decision because all are winners – there is not a single party who lost,” he said.
“Fretilin is a very important party at the parliament which will become the best opposition because it has experience and the capacity for that.”
Gusmao, a hero of the country’s independence struggle, holds a clear majority in the 63-seat parliament with his coalition and will be able to govern without Fretilin support.
Foreign troops remain in East Timor to maintain security in the wake of street unrest in April and May 2007 that left at least 37 people dead.
Source: News Agencies 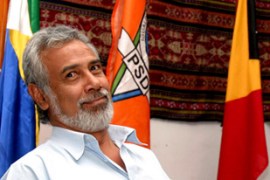 No government agreed in E Timor

Parliament meets but elected parties cannot agree a coalition to run the country. 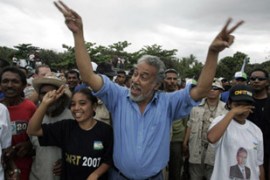 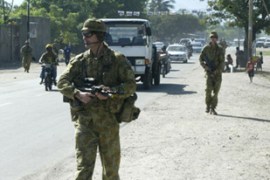