“The agreement confirms that West Ham United do have a valid player’s contract with Carlos Tevez and hold the registration of the player. This will be released once the agreed fee has been paid to the club.”

The Premier League then duly cleared the settlement.

“This will lead to the cancellation of Tevez’s registration, thereby releasing him to join another club in due course,” it said in a statement.

Eggert Magnusson, West Ham’s chairman, seemed relieved that the drama which had dominated his club’s off season was over.

“I am obviously pleased that we have finally reached the end of this saga through agreement and common sense,” he said.

“I wish Carlos Tevez well for the next stage of his playing career. He is a fine player and I am sure he will be successful wherever he plays football.”

Tevez looks set to join United next week in time for the start of the Premiership campaign.

However, despite providing the impetus to keep his side in the Premiership, his time at the Hammers was filled with controversy.

The east London club avoided a points deduction but were fined $11 million in April for breaking Premier League rules which outlaw third-party ownership when they signed Tevez last August.

The Argentine was only allowed to continue playing after the club satisfied the Premier League that the third-party agreement with Joorabchian had been torn up.

Sheffield United, who were relegated, argued the Hammers should have been docked points, which would have kept the Yorkshire club up, over the Tevez contract affair.

The Blades took their case to arbitration, only to have the original fine upheld by a tribunal. 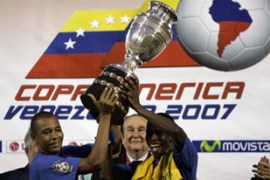