“My first priority is to make the players play their hearts out. I don’t promise big results,” Fossati said.

Qatar had a disappointing Asian Cup campaign, finishing winless and bottom of Group B with one defeat and two draws.

Fossati previously coached Uruguay in the run-up to the 2006 World Cup, which the South Americans failed to qualify for after losing a penalty shootout to Australia for the last place in the finals.

He has also coached the Uruguayan clubs Penarol, Defensor and Danubio as well as LDU Quito in Ecuador.

Fossati also had a distinguished career as a goalkeeper playing for the national team as well as Penarol and the Argentinian clubs Independiente and Rosario Central.

Musovic had been the Gulf’s longest serving national team after surviving a record three years at the helm, a long tenure in a region of the world known for its lack of patience with its coaches. 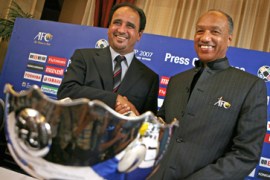 Qatar to host next Asian Cup

Gulf country was the only final bidder for the 2011 event.