Yaqub Memon is the brother of Tiger Memon, the alleged main plotter and fugitive. His other two brothers, Essa and Yusuf, and sister-in-law, Rubina, were each given life sentences. Rubina is the first woman to be sentenced to life in the Mumbai bombings case.

“She allowed her car to be used to carry explosives,” the prosecutor said.

The blasts, known as the “Black Friday” attacks, killed 257 people and also injured more than 800 people. They were believed to have been staged by Mumbai’s Muslim-dominated underworld in retaliation for deadly Hindu-Muslim clashes a few months earlier.

Tiger Memon and Dawood Ibrahim, the alleged masterminds of the blasts, have been on the run since 1993. Indian investigators say they were helped by Pakistan’s intelligence service (ISI) a charge denied by Islamabad.

The prosecutor said Yaqub, who is an accountant by profession, is also facing new charges of contempt of court after he insulted the judge, Pramod Kode, by saying: “Lord, forgive this man for he knows not what he does.”

They have the right to appeal, and India’s supreme court stipulates that the death penalty be used only in the “rarest of rare cases”.

Death sentences are regularly delayed indefinitely or commuted by the president.

Sanjay Dutt, a film actor, is a high-profile figure convicted in the case. He appeared in court on Friday, but his sentencing is likely to come on Tuesday.

Dutt, who is on bail, was found guilty of possessing weapons last year, but was cleared of the more serious charge of conspiracy in connection with the attacks 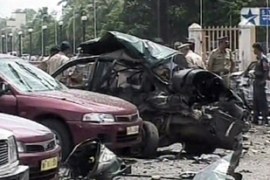