Witnesses said the aircraft fired two rockets into the car at a traffic intersection in the southern part of the city.
Nour Odeh, Al Jaeera’s correspondent in Gaza, said: “It is a continuation of the Israeli policy of assassinations of Palestinians involved in military activity, in attacks against Israel.
“The Islamic Jihad and its military wing have not stopped firing rockets into Israel from the Gaza Strip, even during clashes between Fatah and Hamas [factions].”
The latest death brought to 5,797 the number of people killed since September 2000, the vast majority of them Palestinians, according to an AFP news agency tally.
Gaza raid
Earlier on Thursday, Israeli tanks and armoured vehicles launched an incursion into the southern Gaza Strip, sparking clashes with armed Palestinian as bulldozers ripped up farm land in the Rafah area, witnesses said.
An Israeli aircraft killed Sharif Breissi, 33, a Hamas fighter, during the military operation in the southern Gaza Strip, Hamas and Israel’s military said.
Hamas said the man was trying to confront an Israeli tank east of the town of Khan Younis when he was hit by Israeli fire.
In the West Bank, the Israeli military said troops struck and seriously injured a Palestinian who tried to stab a soldier, then turned him over to the Red Cross for treatment.
The man’s family said he was mentally ill and later died of his wounds.
Source : News Agencies 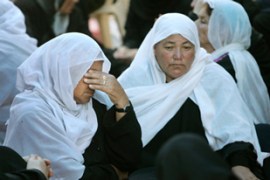 Four Palestinian fighters are killed in two separate incidents in the north of Gaza. 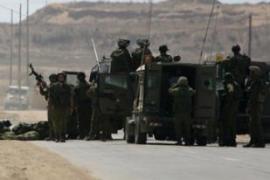 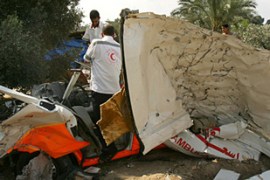 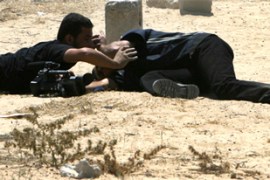