‘People at risk’
He said that Britain’s expulsion from London last week of four Russian diplomats in reaction to the refusal was “plainly groundless, inappropriate, unjustified and lies exclusively in a political framework”.

In what was his first press conference on the issue, Brown said: “It is very important that the world understands this: you cannot have people assassinated on British soil, and then discover that you wish to arrest someone who is in another country, and to be not in a position to do that.

“We cannot tolerate a situation where all the evidence is that not only was one person assassinated but many other people were put at risk.”
“We want the Russian authorities, even at this stage, to recognise that it is their responsibility to extradite for trial the Russian citizen who has been identified by prosecuting authorities.”

‘Mini crisis’
“The material presented in the Alexander Litvinenko case doesn’t suggest an objective investigation by Scotland Yard, and shows political rather than legal assessments.”
Lugovoi, a Moscow businessman, denies any involvement in Litvinenko’s death.

Vladimir Putin, the Russian president, said Russia: “This is a mini crisis from which both countries will emerge quite quickly.”

Litvinenko, who had British citizenship, died from radiation poisoning in a London hospital in November.
Traces of polonium-210 are alleged to have been discovered in the British capital in several places that Lugovoi visited.
Source: News Agencies 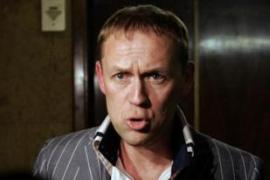