Taliban fighters also discarded the bullet-riddled body of one of two Germans kidnapped a day before the South Koreans, heightening fears for their safety.
German officials said it was unclear whether he died before he was shot and wanted the remains returned to Germany as soon as possible for a closer examination.
Mediation
The group of 23 Koreans, seized last Thursday, belong to the Saemmul Church in Bundang, a city outside South Korea’s capital, Seoul. Most of them are in their 20s and 30s, and include nurses and English teachers.
While tribal elders tried to mediate between the Taliban and government officials, Afghan forces have surrounded the area where about 70 fighters are suspected to be in the Qarabagh area of Ghazni province, south of the capital, Kabul.
James Bays, Al Jazeera’s correspondent in Afghanistan, said: “International forces, not Nato … are in the area, but I don’t think a rescue mission has been ordered.”
Qari Yousef Ahmadi, the Taliban spokesman, speaking to AFP, said: “The talks are continuing, but it seems they are not going well.”
He blamed the problems on the fact that a delegation representing the Afghan government did not have the full authority to release 23 Taliban fighters from Afghan prisoners.
Abdul Hadi Khalid, deputy interior minister, confirmed that the Afghan government is not willing to have a prisoner swap arrangement with the Taliban.
Korean concern
A delegation of eight South Korean officials, including a deputy foreign minister and a presidential advisor, were also aiding the negotiations, a Korean embassy official said.
Melissa Chan, Al Jazeera’s correspondent in Seoul, said more and more Korean groups were coming out to plead for the safe return of the captured group.
A coalition of South Korea’s religious groups has appealed for the release of the hostages.

Kim Sung-Gon, of the Asian Conference on Religion and Peace, said: “The kidnapped Korean people visited Afghanistan for voluntary medical service at a kindergarten and a hospital to help local residents in need. They are civilians who do not hold any political opposition against Afghanistan.”

Though South Korea is a predominantly Buddhist and Christian country, it has 100,000-strong Muslim community.
On Monday, the Korea Muslim Federation also urged the speedy release of the hostages.
A Rahman Lee, spokesman for the federation, said: “A better understanding of Muslims can be gained at this moment if the Taliban shows the generosity and forgiveness that is part of Islam.”
Travel ban
The pastor of the Saemmul Church that sent the 23 volunteers said on Monday he was calling off work in Afghanistan and apologised to the families and South Koreans for causing concern, Korean media said.
Reverand Bang Young-gyun also stressed that the hostages in Afghanistan were not involved in any Christian missionary work, saying they only provided medical and other volunteer aid to distressed people in the country.
Meanwhile, South Korea has banned its citizens from travel to Afghanistan, Han Hye-jin, a foreign ministry official, said on Monday.

“We have designated Afghanistan as a travel-ban country,” he said, adding Seoul also asked Kabul not to issue visas to South Koreans and block their entry through different routes.

The ban was put in place on Saturday and will be formally approved on Friday.

Group gives negotiators a further 24 hours to meet their demands. 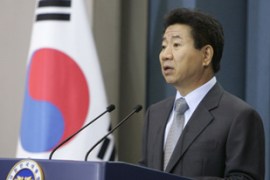 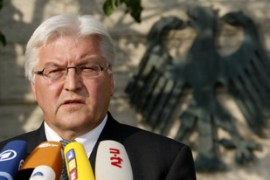 Taliban say 15 South Korean women and three men are being held “as guests”.