The shooting comes amid increased Egyptian efforts to block a surge of migrants from entering Israel after rumours spread that Israel would welcome them and give them work.

The source said border police had spotted the migrants walking toward the border and ordered them to stop, opening fire when they failed to do so.

Police arrested 22 of the migrants, who were from Sudan, Ivory Coast and Eritrea. But others successfully made it across the border.

While the migrants are drawn to Israel by reports of better living conditions and hopes of gaining asylum there, they are also keen to leave Egypt were activists say they face persistent racism, abuse and economic marginalisation.

The Sinai Peninsula has long been host to Bedouin smuggling rings who will slip people, weapons, or drugs and tobacco across the Egyptian frontier into Israel or the Gaza Strip for a price.

Earlier this month, Egyptian border police shot at a group of Sudanese trying to enter Israel, wounding one. 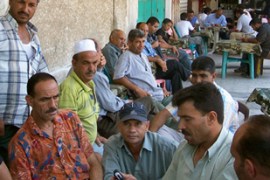 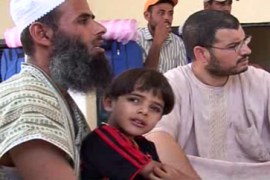 Thousands of Palestinians are waiting for weeks at the crossing to return to Gaza. 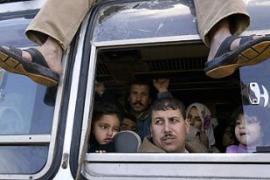 Glimmer of hope at Rafah crossing

Al Jazeera’s Hashem Ahelbarra reports from the Rafah crossing as it briefly opens. 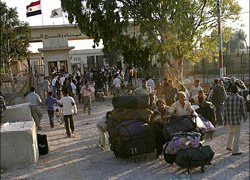 Israel has ordered the Gaza-Egypt border crossing closed just hours after it was partially opened for the first time in weeks.