The magazine used the caricature to mock a recent government announcement that families would receive 2,500 euros for each new child in a move designed to raise the birth rate.

In the cartoon, a smiling Prince Felipe tells his wife Princess Letizia, who is kneeling on the bed in front of him: “Do you realise that if you get pregnant it will be the closest that I come to working in my life!”

Under Spanish law those found guilty of insulting the royal family can face up to two years in prison or be punished with heavy fines.

King Juan Carlos is revered for his role in ushering in democracy after the death of General Francisco Franco in 1975.

But despite the esteem afforded the royals, Spanish media on Saturday criticised the judge’s decision to pull the magazine from newsstands.

“The El Jueves cartoon is crude and in bad taste but it’s hard to say it intended the sort of damage that would make it a crime,” the daily newspaper El Pais wrote in an editorial.

Right-leaning El Mundo said the cartoon could offend people but insisted it was “within what is permissable in a society where freedom of expression is a fundamental value”.

The Barcelona-based daily El Periodico went further and called the decision “anachronistic” and a flashback to the years when Franco shut down papers for criticising his dictatorship.

Only the right-wing ABC supported the ban, saying the cartoon was symptomatic of “a climate in which civic and moral values are ever more relaxed and seen as relative”.

All the papers agreed that pulling the royal cartoon only served to draw attention to it and spread it around many more people than El Jueves’s usual 80,000 readers.

“Not even the Crown’s worst enemy could have had that effect.”

De Polanco, one of Spain’s richest men and the chairman of Prisa, the largest media company in the Spanish-speaking world, died in Madrid after complications from cancer, his firm said in a statement.

De Polanco was one of the founding supporters of El Pais in 1976, and in the final years of the right-wing dictatorship of Franco, he is praised for restoring Spain’s independent media.

Throughout his career he defended the importance of a free press which he often described as “a pillar of society”.

“You can never give too much praise to those who inform with independence and rigour,” he said in a recent speech. 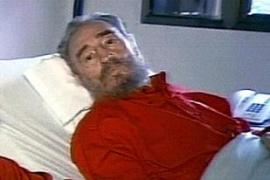