All 187 passengers, and four people on the ground, were killed when a TAM Airlines Airbus 320 careered off a slick runway upon landing at Sao Paulo’s Congonhas airport, skidded across a busy avenue, hit a warehouse and burst into flames.

In his first comments since the accident on Friday, Luis Inacio Lula da Silva, the Brazilian president, announced new safety measures and aviation investments, including a new airport in Sao Paulo.

But the radar failure in Manaus prompted planes to turn back, set down or hold back from takeoffs.

Seventeen flights were covered by the radar when it went down, the air force said. Nine continued to their destinations and eight were rerouted.

It said none were in danger.

“This is total chaos here. I have never seen anything like it and it makes me feel very unsafe,” 52-year-old Eli Rocha, said. The Oklahoma City resident was trying to board a flight to Dallas from Sao Paulo.

Criticism of the government’s handling of the disaster has been growing.

On Saturday angry relatives of crash victims demonstrated Saturday against the government.

Waving black flags and banners criticising the government, demonstrators let loose some of the emotion surrounding the accident.

Barbara Alves, 15, said she was the daughter of one of the flight attendants killed. “When are they going to do something? Why do they let so many people die? she shouted, in tears.

At a hotel where many victims’ family members are staying, Osorio Pereira, father of one of those killed, said: “It’s the government’s fault; it’s TAM’s fault. If the runway is not viable, Congonhas can’t be fixed. If the jet had mechanical trouble, it shouldn’t have flown.”

“When is all of this going to stop?” he asked local television weeping.

Brazil’s busiest airport was undergoing renovations prior to Tuesday’s crash. The runway had been resurfaced, but rain grooves had not yet been cut into the surface, some experts pointed out.

He said officials will limit flights and restrict the weight of planes using Congonhas. He said the location of the new airport will be chosen within 90 days.

But Gilberto Kassab, the mayor of Sao Paulo, told reporters on Saturday that it could take 10 years to build an airport, so the city instead will try to extend Congonhas’ current runways by buying houses near the airport under eminent domain. 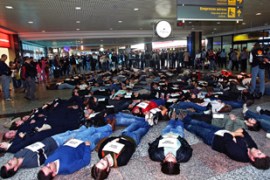 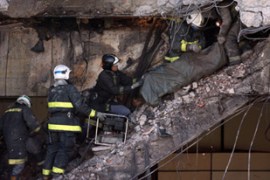 Airline admits aircraft was flying with faulty equipment meant to slow it down. 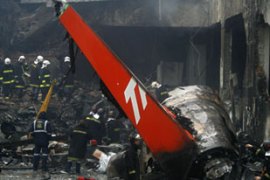 No survivors in Brazil air crash 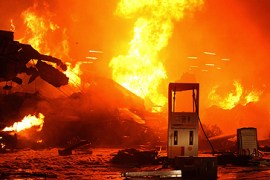