Japan were the first team into the AFC Asian Cup semi-finals as they advanced on penalties over Australia after the sides were tied 1-1 after 90 minutes and extra time in Hanoi.

The result means an early exit for Australia, many people’s pre-tournament favourites in their first appearance at the Asian Cup.

The Socceroos, and their wealth of experience in Europe’s top leagues, have struggled to come to terms with the tough conditions in South-East Asia.

After only showing flickers of their promise during their matches there are now doubts over the future of coach Graham Arnold.

Yoshikatsu Kawaguchi, Japan’s goalkeeper and captain, was the star for his side when he saved Australia’s first two penalties in the shoot out to give the three-time champions a huge advantage.

Socceroos striker John Aloisi had put his side ahead in the 69th minute with a goal from a Harry Kewell corner, only for Japan forward Naohiro Takahara to equalise just two minutes later when Australia failed to clear.

With a quarter of an hour left to play, the match took another turn when Kuwaiti referee Saad Al Fadhli gave a straight red card to Australian midfielder Vince Grella for a dubious swinging arm on Takahara when both players challenged for the ball.

With Australia down to 10 men they sat back for the rest of the match and only counter-attacked through Kewell, while Japan struggled to exploit their one-man adavantage.

Both 15-minute halves of extra time were played at a slow pace with shots on goal few and far between as the Socceroos successfully held out for penalties when Japan could perhaps have gone in for the kill.

Kawaguchi was the hero for Japan in the shootout as he saved the Socceroos’ first two spot kicks from Kewell and Lucas Neill, before defender Yuji Nakazawa sealed the match.

Takahara missed Japan’s only penalty when he had the chance to win the match at 3-2, but wastefully blazed his shot way over the crossbar and high into the stands.

Earlier in regular time and just after an hour of play, Kewell came on for Australian captain Mark Viduka, with the Liverpool midfielder’s corner creating the opening goal ten minutes later.

Kewell’s left-footed cross evaded several swinging legs in the box before Aloisi connected with a tap in while under pressure at the far post.

However the gold and green celebrations were very short lived as Japan hit back just two minutes later when defender Mark Milligan failed to clear the danger in the box as he took a big air-swing with Takahara waiting to pounce, with his shot going in off the left post from seven metres.

The first half of extra time gave no further indication of breaking the deadlock as Australia’s ten men sat back while Japan knocked the ball around trying to find an opening.

A cheeky chip by Endo from just inside the box in the 111th minute almost caught Schwarzer out, but the Middlesbrough keeper saved casually with an outstretched arm, before substitute Hisato Sato blazed over when clear a minute later.

With seconds remaining in extra time, Schwarzer made the save of the night in regular play, from Shunsuke Nakamura who had a free shot from just six metres out.

Japan will now play their semi-final against the winner of Sunday’s quarter-final in Jakarta between Saudi Arabia and Uzbekistan. 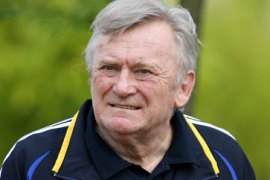 Osim wants Japan to move on

Japan’s coach thinks his side must forget about the World Cup. 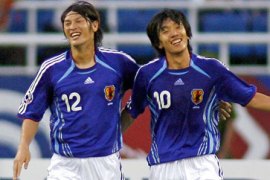 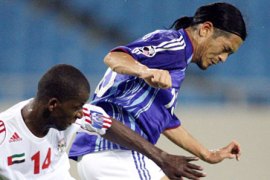 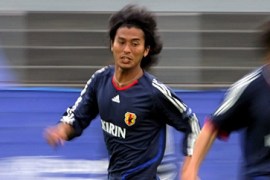