The Sunni faction, along with Mashhadani, had attended the session of parliament, and Mashhadani was reappointed as speaker on Thursday.

Salim Abdullah, a spokesman for the party, said that the National Accordance Front ended its boycott after receiving “calls from other parliamentary blocs and the president”.

“We also believe that we should be part of the correct political process and lend our hands to solve the problems of Iraq,” he said.

All of the Sunni ministers in the cabinet had also boycotted the government on the same day as the parliamentary boycott after an arrest warrant was issued against Asaad Kamal al-Hashemi, the culture minister for allegedly masterminding an attack on Mithal Alussi, a fellow Sunni MP in February 2005.

Alussi escaped the ambush in Baghdad but his two sons were killed.

However, a separate ban on attending the prime minister, Nuri al-Maliki’s cabinet meetings remains in place.

The has been trying to persuade Iraq to pass important laws aimed at drawing Sunni Arabs more firmly into the political process.

Only one of the drafts has reached parliament.

Such laws would have little meaning for reconciliation if they were debated and passed without the 44 members of the Accordance Front in the 275-seat parliament.

Meanwhile, a bloc of 30 parliamentarians loyal to Moqtada al-Sadr, a prominent Shia leader, also ended a boycott of parliament earlier this week after receiving governmental assurances that sacred shrines would be better protected. 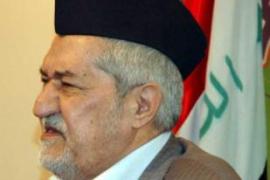 Committee set up to supervise arming and training tribal forces to fight al-Qaeda. 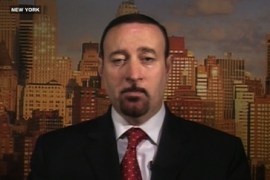 Iraq’s vice president wants guarantees the country will not be split into states.