The Quds Force is reportedly a special unit of the Iranian Revolutionary Guards.
“The Quds Force had developed detailed information regarding our soldiers’ activities, shift changes and defences, and this information was shared with the attackers,” Bergner said.

US commanders have previously accused Tehran of financing and arming Iraqi fighters, but this was the first time they have said Iranian officers had prior knowledge of an attack.

Tehran has always denied the US allegations.
It also does not officially acknowledge the existence of the Quds Force but military experts and some exiled Iranians say it reports directly to Supreme Leader Ayatollah Ali Khamenei.

“In 2005 he was directed by senior Lebanese Hezbollah leadership to go to Iran and work with the Quds Force to train Iraqi extremists,” Bergner said.

Bergner claimed the Quds Force and Hezbollah were operating camps near Tehran in which they trained Iraqi fighters before sending them back to Iraq to conduct attacks. Between 20 and 60 Iraqis were being trained at any given time, he said.

“They were being taught how to use EFPs (explosively-formed penetrators), mortars, rockets, as well as intelligence, sniper, and kidnapping operations,” Bergner said.

Hundreds of US troops have been killed and wounded by the devices since May 2004, when they first appeared on the Iraqi battlefield, and Hezbollah used them against Israeli forces in southern Lebanon last year.

Meanwhile, the US military said four US soldiers and one Marine were killed in various attacks in Iraq on Sunday. 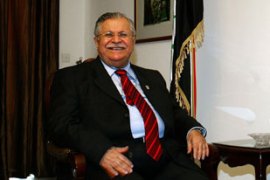 Ali Khamenei tells Iraq’s president that the countries in the region should stand up to the big powers. 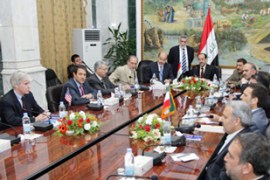 Iran and US hold ‘positive’ talks 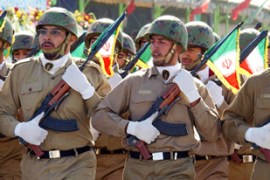 Iraqis ‘with links to Iran’ seized 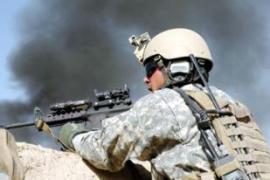 US: ‘Iran arms going to Taliban’

General says it was unclear who had authorised the shipment.