While Palestinian groups have claimed that their attacks were reprisals for Israeli actions, the report said that “reprisals against civilians are always illegal”.

Casualties rose after Israel reportedly narrowed the buffer zone it places between artillery targets and civilian areas and stepped up shelling in April 2006 following the Hamas’ political takeover of the Palestinian Authority, the report said.

Joe Stork, deputy director of Human Rights Watch’s Middle East division, said: “Tit-for-tat abuses can’t be justified by arguing that the other side violated the law first: The laws of war are meant to protect civilians from harm, whatever the reason.”

“Otherwise, the cycle of violence spirals out of control, as happened in Gaza and Israel,” he said.

The Israeli military objected to HRW’s accusations, which stated that Israeli military fire was “employed in defence, against [civilian targeted] attacks [by Palestinians] and directed at legitimate military targets.”

Saeb Erekat, a senior Palestinian negotiator, said the two sides were not equally at fault.

“I cannot accept the equation between Israel as an occupier and Palestinians as people under occupation,” Erekat said.

“We want to stop … rockets but we cannot equate between what Israel is doing in Gaza and the West Bank with what Palestinians do.”

From September 2005 until May 2007, Palestinians fired almost 2,700 locally made rockets toward Israel, killing four Israeli civilians and wounding 75, according to HRW.

Palestinian rockets also caused at least 23 Palestinian casualties, including two deaths, when they fell short of the border, the group said.

Sami Abu Zuhri, a Hamas spokesman, rejected the report’s comparison of Palestinian use of rockets with warplanes, attack helicopters and high-tech weapons at Israel‘s disposal.

“It makes equivalence between an occupation and an occupied people,” he said.

“We are pushed to defend Palestinian civilians with the means that we have.”

Between September 2005 and November 2006, the Israeli army fired more than 14,600 artillery shells into Gaza.

Israel launched six attacks on the Gaza Strip on Saturday including one which killed the local commander of a rocket production crew with the al-Aqsa Martyrs Brigades of the Fatah faction.

The commander’s son and two employees of his metal shop also died in the attack, the group said in a statement.

Two later raids at the same site where crowds had gathered after darkness fell, wounding five Palestinians, including four members of Hamas’s executive force and a civilian, medics said. 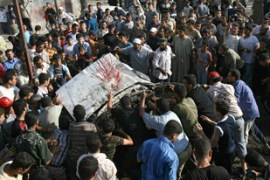 At least seven people killed in series of strikes in the Gaza Strip. 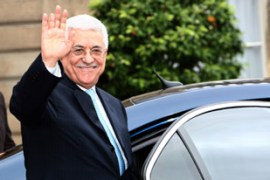 Rejects calls by Mahmoud Abbas for troops in Gaza to provide security for polls. 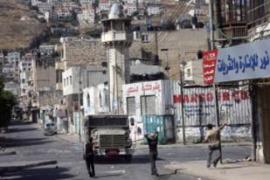