Journeys are not easy in Baluchistan. The landscape is vast and rugged. If it’s not desert, it’s mountains. A troubled region, foreigners are rarely welcome.

Beneath the mountains lie rich reserves of gas and copper. The people who live here want their share of the wealth, and some want to be free of Pakistan‘s control.

The Baluch separatists are led by Balach Marri, an elected member of the provincial assembly.

He is a secretive man – now in hiding from government forces.

He has never before spoken to an international television network.

Balach’s men promised their leader would call us and speak to us in person, but not before they were satisfied that we were willing to tell their story. They filmed our interview with an elder who said he was mistreated in prison and needs a walking stick now.

Balach Marri kept his word and called us on a satellite phone from an undisclosed location.

He said: “In my opinion, the situation for the struggle of an independent Baluchistan is going ahead very well.

“People are depending upon their own strength and vision for an independent state.”

His men will tell you their leader is in the Baluch mountains, but the Pakistan government intelligence agencies believe he is in Afghanistan.

The government says Marri is supported by forces from outside Pakistan but believe they are close to defeating the separatists.

Owais Ghani, governor of Baluchistan, said: “I’ll clearly state here that there was a foreign factor at work in which these tribal militants were receiving a lot of heavy armament. And we’re not talking about Kalashnikovs and all that, that does not worry us.

Not everyone in Baluchistan wants an independent state but they do want their rights as equal citizens within Pakistan and a fair share of their region’s resources.

Until they get that, there is unlikely to be peace in this troubled region.

Quetta is the capital of Baluchistan province. There, you will find Pashtun living side by side with Baluch, as do people from other provinces who have come to make a livelihood in the city.

While many Baluch may be angry with the government and asking for a separate state, many others are saying that is not the solution to the problem. 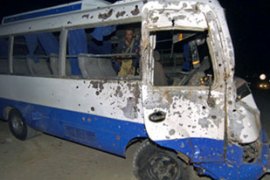 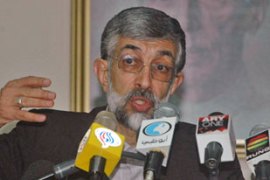 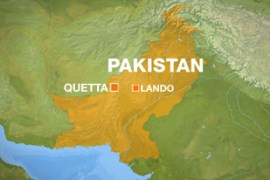 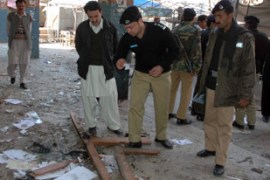 Police detain 36 people after a bomb rips through a courtroom in Quetta.