In a short televised speech on Tuesday, the prime minister, Zapatero, said the truce had in fact already ended with the December bombing, and he noted that Eta had declared ceasefires before, only to resume its armed campaign.

“Now, as it did then, Eta is again making a mistake,” Zapatero said, vowing to remain tough.

“Eta’s decision goes totally in the opposite direction of the path that Basque and Spanish society want – the path of peace.”

He called on Eta to lay down its arms, and expressed confidence that “sooner or later, Spanish society will achieve peace”.

But the latest announcement, which has been widely anticipated by the state security services, could mean that another attack is imminent, Spanish media has reported.

Spain‘s Socialist government began peace talks in mid-2006 but halted them at the end of the year after the airport bomb attack in December in which two people died.

Eta has killed more than 800 people in four decades of armed struggle for independence of the Basque country, a region that has considerable autonomy within Spain.

The government says it wants a negotiated solution to the Basque conflict but will only negotiate with Eta if it ends all violence.

When he first announced peace talks, Zapatero had promised to let the people of the Basque country decide on the future of their region.

Polls show that a minority of Basques want independence from Spain while many analysts had expected that a peace deal would have meant the release of Eta prisoners and more autonomy for the Basque government.

In a series of communiques before December, Eta had complained of police pressure on its supporters and a lack of progress in talks with the government.

For decades, Eta carried out car bombings and assassinations in Spain after its struggle began in the last days of Francisco Franco’s rule. 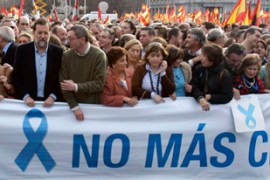 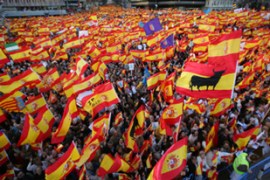