Sukhdev Singh, the farmers’ union leader, said: “Ever since the WTO has been in existence, the rate of suicides among poor farmers in Punjab and other states has increased. There is a direct relationships to the WTO’s policies.”

This is a critical time of year for India’s wheat belt.

The harvest is over and the farmers’ lives depend on selling what they have grown.

But at the wheat markets there is inertia.

There are no government subsidies here comparable with what European or US farmers take for granted, and the farmers sit and twiddle their thumbs.

The price they are being offered for the wheat is so low that it is better to hang on and hope for the best.

Bichittar Singh, a wheat farmer, said: “The farmers are trying to make ends meet, that’s why they try to store the wheat for a couple of months. But the prices don’t rise and they are compelled to sell it.”

What these farmers cannot see is globalisation at work.

Elsewhere, the Indian government is buying up imported Australian and US wheat at prices higher than the Indian stocks which remain unsold.

No wonder the farmers are bewildered.

Critics of globalisation say this scene is a perfect example of how the WTO acts against the interests of farmers from the developing world.

When the Indian government was forced to open its doors and allow Western produce in, multinationals seized on the opportunity to flood the country with wheat.

By doing so they can control prices and keep Indian wheat at artificially low levels.

Many farmers here have thrown in the towel.

Vast former agricultural factories have given way to shopping malls and the promise of a new Indian luxury lifestyle unaffordable for the rural poor.

Others have swapped wheat for cash crops such as sunflowers, a step backwards from mechanised farming to subsistence.

There is no sign here that globalisation has helped india.

Vandana Shiva, a leading anti-WTO campaigner, said: “The farmers are spending 10 times more for their costs of production, and earning 50 per cent to 70 per cent less than they were earning before. They are getting squeezed.

“And there’s a magical word that the WTO has floated on the horizon called competition; if you get wiped out, it was your fault, not the twisted trickery of the WTO rules,” she says.

So at the flour mills, where perfectly good Indian produce is losing ground to foreign competition, there is the fear that the multinationals are waiting for the collapse of Indian wheat to corner the market completely.

At 40, Kashmir Singh had taken out a $12,000 loan to pay for his tractor and other family essentials.

Unable to make ends meet, he killed himself the day before we arrived by drinking the pesticide he had been putting on his crops.

Satvinder Kaur, Singh’s widow, said: “I cannot repay anything, I am very poor and I am completely in debt.

My husband was under great stress, but he didn’t even tell me anything.”

So, unsurprisingly here, for the people it’s “down with the WTO” in Punjab.

There are dark warnings from some about how far the West can push the developing world through globalisation, and what the political as well as social repercussions will be on countries such as India.

Maybe it is exaggerated, maybe not. 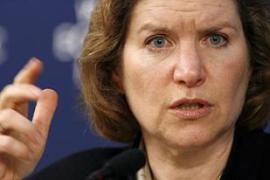 Six trade groups meeting in New Delhi say they aim to conclude deal by end of 2007.

Developing nations went on the offensive on Thursday as trade talks limped into their third day, with Washington and Tokyo under pressure to accept a duty-free, quota-free exports deal for the world’s poorest countries.

Rich and poor nations are at odds as a World Trade Organisation meeting opens in Hong Kong, with trade ministers saying a breakthrough is unlikely on the thorny issue of agricultural trade that has held up negotiations for months. 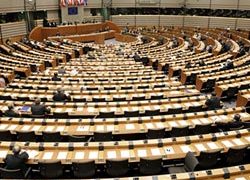 Four major trading countries along with the EU have resolved a row over the mechanism for calculating agricultural import tariffs, clearing a major obstacle in the Doha free trade round negotiations.