The death of Mullah Dadullah is a boost for the Nato and US-led forces who were fighting the Taliban and its allies given the resurgence the movement had undertaken under his command.

He was identified in Kandahar after his death by the absence of part of one of his legs, the legacy of fighting against the Soviet occupation as a youngster.

As with many Taliban leaders, details of Dadullah’s background are sketchy at best.

He was believed to have been born in Kandahar province, the stronghold of his resistance against US and Nato forces, and was rumoured to be in his late 40s at the time of his death.

Although the Taliban is governed by a 10-man shura or council, Dadullah was thought to be second only to the group’s leader Mullah Omar and was a close aide prior to the US-led invasion in 2001.

In 2005 he was sentenced to life in prison in absentia by Pakistan for the attempted murder of a MP.

Later in 2006 he claimed to have 12,000 men under his command and controlled 20 districts within the former Taliban strongholds of Kandahar, Helmand, Zabul and Uruuzgan.

He was regarded as a fierce fighter who inspired fierce loyalty from his supporters and even respect from opponents.

Ahmed Sha Massoud, the Northern Alliance commander who was assassinated two days before the September 11 attacks was said to have respected him.

However not all opponents were as gracious as Massoud and Dadullah was accused of being merciless and ruthless.

In one video obtained by Al Jazeera earlier this year a number of men are seen being interrogated, they are then later decalared spies by Dadullah’s men and beheaded.

In other incidents Dadullah has boasted on radio about carrying out the scorched earth policy on Shia villages in 2001 and in the same year men suspected of throwing grenades into his compound were summarily hanged in public at a main roundabout.

He also oversaw recent negotiations involving the abductions of Daniele Mastrogiacomo, an Italian reporter and his two Afghan assistants.

Mastrogiacomo was reportedly exchanged for five senior Taliban leaders but one of the Afghans, Adjmal Nasqhbandi was later killed.

In a recent interview with Al Jazeera, broadcast in Arabic earlier this year, Dadullah said the Taliban’s increasing abductions of foreigners was aimed at hurting the government of Hamid Karzai.

Nato and US commanders will be hoping that Dadullah’s death may slow the Taliban’s offensive against them.

“He was the commander of commanders,” he said.

Rahimullah Yusufzai, a Peshawar based journalist and expert on Pashtun tribal affairs said his death was “the biggest setback to the Taliban since they started resistance in 2001.”

“They can take revenge for the killing. They can become more brutal. There may be more reprisal attacks. But it is clear that for now, at least, that there is no one who can replace him.”

“He was an inspirational and daring commander. I don’t see any person of his standing in the Taliban hierarchy.” 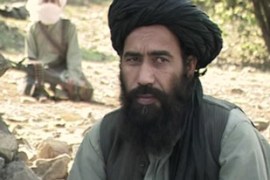 Mullah Dadullah was the group’s key strategist and close to Mullah Omar, its leader.