Mufti said: “We hope that reason will prevail in taking decisions, because any military intervention will complicate matters more and will shape a threat to the Iraqi people.”

Turkey has repeatedly urged the Iraq’s national government and US forces in Iraq to crack down on the estimated 4,000 fighters from the outlawed Kurdistan Workers Party (PKK) who use northern Iraq as a springboard to attack targets inside Turkey.

Mufti criticised the Turks, saying they had refused to speak with Iraqi Kurd officials.

He said: “We asked for negotiations with Turkish officials to discuss the problems… but the problem was on the other side.

“The existence of PKK elements is…  an internal Turkish problem which they have to solve in a political manner, not militarily.

“We want good relations with Turkey… but they cannot impose their opinion on another people that is outside their country’s borders.”

The escalation in Turkish rhetoric came after Massoud Barzani, the Iraqi Kurdish leader, said in a television interview last week that Iraqi Kurds would interfere in mainly Kurdish cities in eastern Turkey if Ankara interfered in northern Iraq.

He was supported on Friday by Mahmoud al-Mashhadani, the speaker in Iraq’s national parliament in Baghdad.

“The hand that will be extended to interfere in our internal affairs will be cut, if not today then tomorrow,” he told parliament in its first meeting following a suicide bombing in its cafeteria on Thursday.

“If neighboring, friendly and brotherly countries have good intentions they should help us.”

He also said that Barzani’s strong words were “moderate and logical”.

“We support the leader of the Kurdistan region,” he said, “and we reject interference in our internal Iraqi affairs from any side. We condemn this interference and we will repulse it.”

Ankara has said it reserves the right under international law to send troops into northern Iraq to tackle the rebels if Iraq and Washington continue to disregard its calls for action.

Turkey is worried by what it sees as moves by Iraqi Kurds to build an independent state in northern Iraq, with the multi-ethnic city of Kirkuk as its capital. 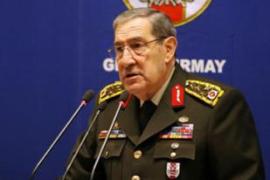 Head of the army’s general staff calls for action against Turkish Kurds in northern Iraq. 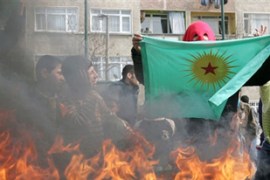 Mayor who said Kurdish fighters are not terrorists is sentenced to seven years’ jail. 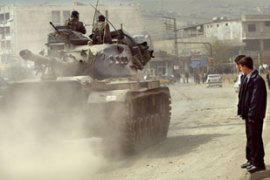 Defendants vow to appeal to European Court of Human Rights if necessary.

Fifty-six Kurdish mayors have gone on trial in Diyarbekir, a city in southeastern Turkey, on charges of supporting Kurdish separatists.