Wolfowitz, whose appointment to the World Bank presidency in mid-2005 was controversial because of his role as an architect of the Iraq war while at the Pentagon, has refused to step down.

The US government has urged leading European countries to withhold judgment until the World Bank’s 24-nation board decides on his future.

The World Bank’s board delayed a final decision on Wolfowitz’s future on Friday and called for further investigation.

The board said in a statement: “The executive directors agreed on a process to deal with the situation urgently, effectively and in an orderly manner.”
The World Bank chief has apologised for his role in the promotion for his girlfriend and said he would accept any decision the board makes.
“I made a mistake for which I am sorry”, he said.
“I’m not going to pre-empt their deliberations, I will accept any remedies they propose.”
Source : News Agencies 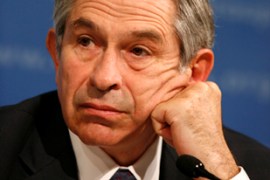 Board says there are a number of issues that need investigating in Wolfowitz’s case. 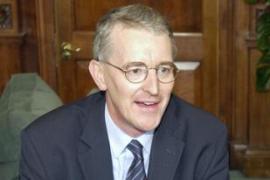 Wolfowitz refuses to step down 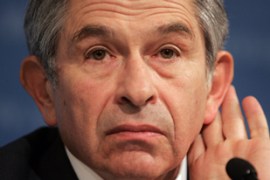