The two French nationals were working for the non-governmental organisation Terre d’Enfance (A World for Our Children), when they went missing on April 3 in Nimroz province.

The Canadian Broadcasting Corporation (CBC) last week acquired a video which showed the two aid workers, along with their translators and driver, being held by armed men.

The defence ministry in Amsterdam said on Friday that one of the dead was a Dutch soldier who died after stepping on a land mine in Helmand province.

In line with a new Nato policy, the alliance statement did not identify the nationality of the second victim – such announcements are left to the home country of casualties.

Six Dutch soldiers died in Afghanistan last year, five in a helicopter crash and one in a fighter jet crash.

Violence has been increasing after the traditional winter lull. Last year saw the worst fighting since US-led forces invaded Afghanistan in 2001 and many security analysts warn this year would be worse.

The brunt of the fighting is being borne by US, British, Canadian and Dutch soldiers, mainly in the Taliban’s southern heartland bordering Pakistan.

On Thursday, the US general commanding Nato forces in Afghanistan, warned suicide attacks and roadside bombings would rise as the Taliban became increasingly desperate.

Nato and Afghan forces have launched a major offensive in the south to pre-empt a threatened offensive by the Taliban.

More than 4,000 people died in fighting last year, including about 1,000 civilians.

On Thursday, a young girl was shot dead by Nato soldiers in Khost province when the car she was travelling ignored warnings to stop at a Nato checkpoint, the alliance said.

A second girl was wounded in the incident when the car passed a line of civilian vehicles waiting at the temporary checkpoint and ignored warning shots, a Nato statement said. 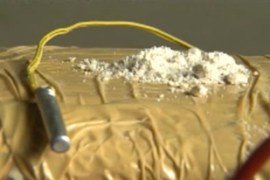 Al Jazeera is given access to two men accused of being would-be suicide bombers. 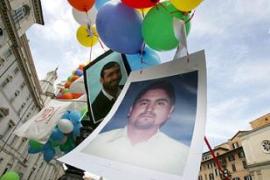 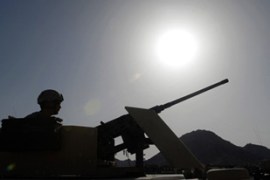 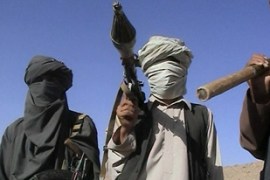