The Tigers were not immediately available to comment about the military’s statement, but have denied involvement in the earlier bus bombing.
Each side blamed the bus bombing, which killed six construction workers, on the other.
Anti-terror drive
Rajapaksa, who is in New Delhi for a meeting of the South Asian Association for Regional Co-operation, called on Tuesday for South Asian nations to undertake a common “anti-terror” drive.
He called for South Asian nations “to work jointly on a counter-terrorism strategy for our entire region to defeat terrorism”.
Rajapaksa told the summit: “Unless we act collectively as a region, trans-border terrorist groups will find safe havens in other parts of the region.”
About 4,000 people have been killed in the past 15 months in Sri Lanka, where the Tigers are fighting for an independent state for minority Tamils in the north and east of the country.
Last week the Tigers mounted their first air raid, on an air base north of Colombo, the capital.
Analysts say war in Sri Lanka has killed around 68,000 troops, Tiger rebels and civilians since 1983.
Source : News Agencies 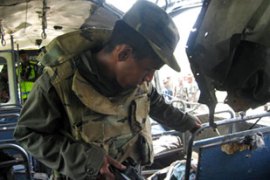 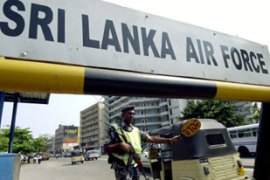 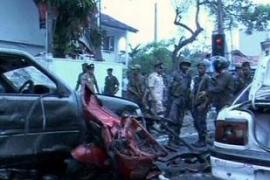 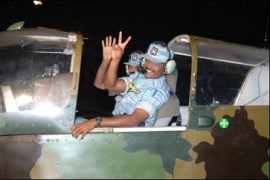