Eric Lynch, a tour guide and himself a descendant of slaves, explained how the city, the country and indeed the British Empire was built on the backbone of captured humanity.

Even buildings constructed more than a hundred years after abolition still celebrated an ignominious past, he said.

Lynch said: “The buildings were built depicting what made Liverpool rich. They said blacks were worthless. I hope these are kept forever, so people will always remember.”

It was a triangle of trade – ships left Liverpool laden with commodities like weapons, pottery and gin.

These they exchanged in Africa for a human cargo which was then transported to the Americas in appalling conditions and those who survived, sold into enslavement.

Rum, sugar and spices took their place in the hold and the ships returned to Britain.

Penny Lane, a street made famous by the Beatles in the sixties, is thought to be named after James Penny, a slave trader honoured by the city of Liverpool for his dedication to the slave trade.

The valuable piece of silver plate he was given now stands in the city’s International Slavery Museum.

At the height of the trade British ships carried an estimated 2.7 million Africans to the Americas to work in the plantations, the mines and the households of European settlers.

Britain finally outlawed the slave trade in 1807. The efforts of William Wilberforce, the member of parliament who made it all possible, have been transformed into a major feature film. 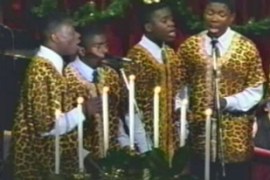 Zambian: ‘I was a captive choirboy’

Former slave from Zambia struggles to draw attention to the modern day trade. 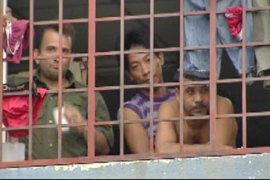