The stench is unbearable but it was the skin rashes children developed after swimming that drove Ramadan Abu Seif, a resident of the Al-Shate refugee camp, which is next to one of the sewage-discharge outlets, to act.

He says that he has to tell children playing by the sea to stay away. “They are kids, they don’t know”, he says.

It would take over $200 million to construct the needed sewage treatment plants in Gaza, but given the current political climate, donors are not expected to put up this amount any time soon.

In some areas the sewage is collected in open pools, which are fast reaching full capacity, threatening nearby neighbourhoods with disaster.

Samir al-Afifi, the director of the Palestinian Environmental Friends Association, has been studying pollution on Gaza’s shores for the past 10 years.

He recently published a study on the Rafah shores, concluding that they are simply not safe for swimming or fishing.

He says: “Eye, skin infection, ear infection and headache – there is a close relation between the level of contamination of sea water and the people who are visiting these sites.”

Al-Afifi says the pollution sometimes reaches two to five kilometres into the sea and that even the shore sand is polluted.

The quality of fish is already suffering.

He says that “a suitable site to be used for recreation” cannot be found anywhere in the Gaza Strip.

Without treatment plants, creating a sewage network like the one in central Gaza has caused more damage than good. Here, out of sight has not been out of mind.

With international sanctions still choking the struggling Palestinian economy and no political horizon in sight, addressing this menacing problem will have to wait while the cost of politics and occupation continues to mount. 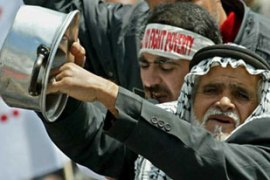 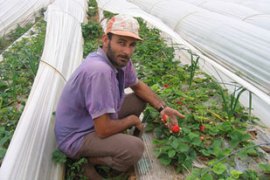 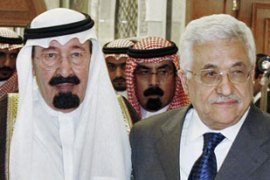 Israelis say contacts with Abbas may be suspended if Quartet’s demands are not met.