Waves just 10cm high lapped against Hokkaido, Japan’s northernmost island, while the United States cancelled its warning for Japan, Russia, and a string of Pacific islands.

The Pacific Tsunami Warning Centre said: “For all areas the tsunami warning and tsunami watch are cancelled”.

However, waves of 50cm were expected on the Pacific coast of Wakayama prefecture, central Japan, at around 4pm (07:00 GMT).

A Japanese meteorological agency official said: “We ask that those who are under tsunami warnings to take this seriously and use caution. We also ask that those under advisories to also be careful”.

Japan last was hit by tsunami on November 15 after a 7.9-magnitude quake that happened in the same area as the latest quake, but the waves caused little damage.

The November quake triggered tsunami alerts stretching from Indonesia to California, with Japan keeping its warning for hours after the quake.

In November, the biggest of the first series of waves was as high as 40cm, followed by larger waves up to 80cm high hitting small islands off central Japan.

“The latest quake happened at an area that we frequently observe earthquakes,” a meteorological agency official said.

“It is not clear whether the previous quake and the latest quake are related, but similar things can happen.”

Coastal villages and municipalities under tsunami warnings issued evacuation warnings and advisories to thousands of households.

In Tokyo, the government set up a special communication office to collect information about the possible tsunami.

The tidal level fell by 10cm at Hokkaido‘s Nemuro city at 2:38pm due to pre-tsunami backwash, followed by a 10-centimetre tsunami at 3:04pm, the agency said.

A slight dropping of the tide levels, also by 10cm, was also seen at nearby Kushiro and Tokachi areas in Hokkaido around 3pm in a sign of pre-tsunami backwash.

Japan is home to 20 percent of the world’s major earthquakes, frequently jolting its cities.

Japan prides itself on having one of the world’s most accurate systems for assessing earthquakes and predicting tsunamis.

It helped share information with other countries after the Indian Ocean tsunami of December 2004 that killed some 220,000 people, 168,000 of them in the Indonesian province of Aceh. 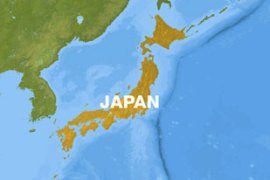 They initially came after a massive 8.3-magnitude quake near Japan in the Pacific ocean. 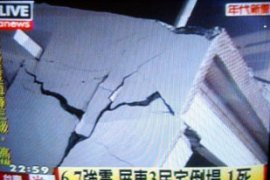 Japanese agency says the threat of a destructive tsunami has passed.