The report, Suspected Citizens, collects for the first time personal testimony from Arab citizens to support claims of discriminatory and humiliating treatment by Israeli staff at Israeli airports.

Published jointly by two Israeli human rights groups – the Nazareth-based Arab Association for Human Rights and the Centre Against Racism – the report also highlights the use by Israeli officials of the same profiling techniques against Arab passengers at foreign airports, often out of sight of the local authorities.

Most international airports have agreements with Israel’s national carrier, El Al, allowing it to carry out security checks in addition to the standard checks made by local airport staff on passengers taking Israeli flights.

According to the report’s author, Tarek Ibrahim, a lawyer, El Al’s activities are unmonitored, allowing them to screen passengers using illegal profiling techniques.

The report also suggests that the procedures are actually overseen by Israel’s secret security agency, the Shin Bet.

“The countries in which these [Israeli security] investigations take place do not supervise them, and prefer to ignore their discriminatory nature and the human rights violations committed on their own soil,” the report states.

Technological advances have made the need for interrogations and strip searches largely unnecessary, argues the report, but Israeli security staff continue to use humiliating inspections against Arab passengers, including its own non-Jewish citizens.

According to the report, the lengthy and degrading interrogations of Israel’s own Arab citizens are designed not to ensure the safety of passengers – their ostensible purpose – but to gather intelligence information about Arab passengers to help monitor their activities.

Mohammed Zeidan, director of the Association for Human Rights, said the report had been handed to the Israeli prime minister’s office, the airports authority and the government ombudsman, the state comptroller.

So far only the comptroller has agreed to meet the human rights organisations to discuss their findings.

In response, the Israeli airports authority stated that it “treats all passengers with respect, and rejects claims of inappropriate or discriminatory treatment of the Arab population … We regret that steps are occasionally taken that cause discomfort. These steps are taken to assure the safety of millions of passengers”.

But Arab citizens, says the report, “are collectively, and almost automatically, subject to security inspection that is not imposed on Jewish passengers, and is based on a security perception that persistently views them as a threat”.

The report points out that the number of Arab citizens involved in any security offences against the state in all fields, and not just aviation, has been minuscule over many decades.

According to the report, Israeli security staff identifies most Arab passengers through clothing, appearance or accent, or through questions about their name or where they live. If there is doubt, passengers are asked to show their Israeli ID card, which is believed to reveal their ethnicity in coding.

Once identified, Arab passengers’ luggage and passports are marked with specially colour-coded labels.

The questioning at foreign airports usually cover topics unrelated to the safety of the flight, such as where the traveller slept, what places he or she visited, whom they met, and who paid for the ticket. Arab passengers are also expected to provide receipts and documents to substantiate their replies.

Fairuz Nasrallah, a nurse, says she was recently stopped by Israeli officials at Charles de Gaulle airport in Paris and subjected to lengthy interrogation and a strip search after her name was revealed – she shares a common last name with the leader of Hezbollah in Lebanon, Hassan Nasrallah.

“The whole time I tried to complain about their offensive attitude, but the security guards kept telling me that these were their orders and that if I chose to travel with El Al, I had to bear the consequences.”

As well as exhaustive luggage searches, Arab travellers are often taken to side rooms where they are made to strip before being subjected to a body search.

Ibtisam Maranah, a film director who represented Israel at an international film festival in the Netherlands in 2005 along with several Jewish colleagues, reports that Israeli staff took her off alone to an underground section of the Dutch airport, away from the rest of her group and local airport staff, where she was made to undress.

“They were searching me underground, out of sight. Someone who has not undergone this kind of search can’t imagine how humiliating it is. You aren’t worth anything in this situation. At the time I thought about the Palestinians who go through the checkpoints every day – I thought about the daily searches and humiliation.”

Maranah has refused to travel since, despite several invitations to film festivals in the US. “I considered handing in my passport and identity card – what meaning does citizenship have if it makes me a victim of this kind of treatment?”

The Association for Human Rights and the Centre Against Racism wrote to El Al and four international airports – JFK New York, Paris, Vienna and Geneva – where testimonies from passengers showed that they had been subjected to discriminatory and humiliating treatment.

El Al, as well as the New York and Paris airports, refused to comment on their joint security arrangements. 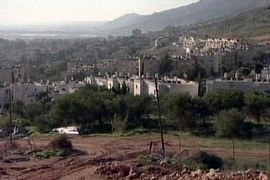 Vienna airport said it had no influence over El Al’s security procedures, while Geneva claimed it was not possible to oversee El Al’s work.

“It is remarkable that these countries make no effort to supervise the actions of Israeli security personnel present on their territory, particularly in light of the discriminatory and humiliating procedures they apply,” writes Ibrahim.

The report cites a case from June 2006 in which the Shin Bet security service ordered Kiryat Shemona airport in northern Israel to allow only Jews to board its flights. According to reports in the Hebrew media, the decision was made to ban Arab passengers because the baggage scanner was broken.

“This clearly indicates that a discriminatory and racist approach on the grounds of nationality forms the foundation of the procedures used in the airports,” the report says.

After criticism of its security policies, Israel’s airports authority agreed in April to set up a “working team” to investigate ways to improve the treatment of Arab passengers.

An attempt to improve the image of airport security by hiring a handful of Arab guards was initiated in September 2003 but failed to affect the overall policy.

An official committee to investigate the methods used for inspecting Arab passengers was established in 2005 but its conclusions were never made public.

In light of the Suspected Citizens report, Machsom Watch, a group of Israeli women who monitor soldiers’ behaviour at checkpoints in the West Bank, asked the airports authority for permission to oversee security checks on Arab citizens at Israel‘s main airport, Ben Gurion.

“I think it would be enough for us to work in conjunction with the security staff and to aid their training. This could prevent great suffering experienced by passengers,” Maya Bailey, one of the organisation’s senior activists, told the local press.