The tail piece of the Boeing 737-400 was found by a fisherman in Pare Pare, which is about 150km south of Mamuju, west Sulawesi.
A stream of other apparent wreckage had also been found and was being examined, Genot Hardianto, the chief of police at Pare Pare, said.
“So far there have been eight fragments made of fibre and aluminium in sizes ranging from 25 to 50cm long, a life vest, an ID card, a flare and a headrest,” he said.
The area north of Mamuju has been the main focus of the hunt since Monday, when Indonesian ships detected large metal objects on the sea bed.
A US navy oceanographic ship, the USNS Mary Sears, joined the search effort but has yet to shed light on whether the metal objects are the jetliner’s wreckage.

“Up until now I have not received any reports from Mary Sears,” Eddy said.

Moekhlas Sidik, the commander of the Indonesian navy’s eastern fleet, had said on Wednesday the Mary Sears confirmed the finding of metal objects at three points and was focusing on one of the sites.
The site of the crash has yet to be located and authorities will be looking for heavier objects less capable of drifting, such as the engine, for clues.
Adam Air KI-574 had 102 people on board.
Source : News Agencies 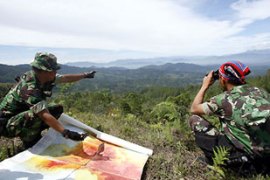 Investigators say object on seabed could be debris from lost Indonesian airliner. 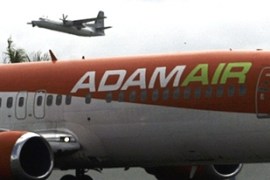 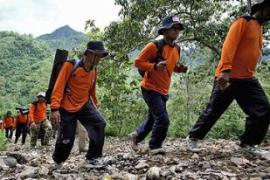 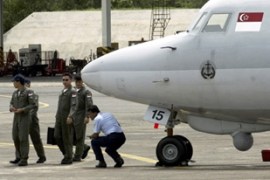