Sata had run for president in elections in September.
Under Zambian law, presidential candidates are required to state their assets and liabilities before they are allowed to contest elections.
Sata has been accused of lying when he filed his presidential nomination by alleging that a former minister and ally of Levy Mwanawasa, the president, owed him money.
The ruling Movement for Multiparty Democracy had asked the electoral commission of Zambia to disqualify Sata from running, but election officials instead referred the case to the director of public prosecution for investigation.
Zambia held elections in September in which Sata, 69, was runner-up to Mwanawasa. Mwanawasa was re-elected to a second five-year term.
Sata remains popular with many of Zambia’s poorer citizens.
In his campaign, he accused Chinese and Indian investors in the country’s mining industry of exploiting workers and paying too little tax.
He has also praised the policies of Robert Mugabe, the president of Zimbabwe.
Although Sata lost the presidential race, his party succeeded in a number of municipal elections, including in the capital, Lusaka.
He has vowed that in Patriotic Front municipalities central government policies will be ignored in favour of his party’s agenda, including the implementation of an independent tax regime.
Source: News Agencies 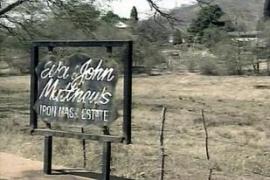 Levy Mwanawasa has been sworn in as Zambia’s president for a second five-year term after winning a bitterly fought election.

Armed police have clashed with opposition supporters on the streets of Lusaka after election results showed Zambia’s president heading towards a second term.