Nato forces faced a fierce engagement in the Musakala district of the Southern province of Helmand this weekend, resulting, according to Nato officials, in the death of 70-80 Taliban fighters.

While Nato troops have fought several pitched battles in the Southern provinces since they took control of the South of Afghanistan, this weekend’s engagement was distinguished by one new factor. Musakala is the area where in October this year Nato troops and local elders brokered a truce for “cessation of hostilities” with the insurgent forces.

The apparent peace that the deal brought to the area in the weeks since has been promoted as a measure of its success by both UN and Nato officials.

However the deal was also suggestive of a withdrawal by the Afghan government, with the possibility of leaving the area a safe sanctuary for use by Taliban fighters, a scenario that may have just turned into a reality this weekend.

Musakala reflects of the attempts by the architects of Afghanistan’s reconstruction to restore some semblance of control to a peace that increasingly looks like it is slipping away.

Nato’s agreement in Musakala and president Hamid Karzai’s declaration via a loya jirga (meeting of tribal elders) could indicate that decision makers are now moving toward quicker fixes rather than long term solutions.

In doing so both the government and the international forces may be securing some transitory peace in return for ceding their authority.

According to Nato officials the agreement there is not a ceasefire but a “cessation of hostilities”. The absence of fighting in the area since then was being exhibited as a major triumph.

Justifying the agreement General James L Jones, Nato’s outgoing Supreme Allied Commander said, “anything that can be done to reduce violence and to control the outbreak of violence and make people more safe and secure is our goal”.

Yet Jones stopped short of revealing that the agreement actually represented a retreat of the international forces.

According to a Nato official who did not want to be named, the reason for the Musakala agreement was the realisation that the forces had been stretched too thinly and were suffering severe losses as a result.

However Nato officials have also openly supported the idea of coming to similar arrangements elsewhere.

Nato’s civilian spokesman Mark Laity has said that “in principle, ISAF [International Security Assistance Force] is open to similar kinds of arrangements elsewhere” while pointing out that no two situations are the same.

However in terms of the implication of the agreement on national security there is no defence policy that mandates it, no UN Security Council resolution that calls for it and no policy document nor approach that supports it.

General Jones himself pointed to the ad hoc nature of the policy by saying such agreements are to be “reported up the chain of command so that we can have visibility on exactly what the nature of those discussions are”, adding such moves had to be “carefully coordinated and worked within the overall context of our campaign objectives”.

In recent weeks senior UN and Nato officials have suggested that the success of the agreement has been evident from the lack of conflict.

However the peace in the area came to an abrupt end in this weekend’s fighting.

Major Luke Knittig, a spokeman for Nato, said that the fighting did not represent a breach of the original agreement which had been limited solely to the area of the Musakala town.

“The elders, as I understand it, have extraordinary influence, but that influence doesn’t spread across the whole district, just mostly in the town,” he said.

Asked whether the agreement had allowed the Taliban to use the area as a safe sanctuary, Knittig said there was “nothing to indicate that the large group of insurgents that Nato had engaged have used the town as a support base”.

Nato officials say that the cessation of hostilities has helped create the space for development and Knittig argued that the development activities were proceeding in Musa Kalan despite the battle.

Both UN officials as well as Nato have referred repeatedly to the consultation with the tribal and community leaders in arriving at this agreement, and a senior UN official described the decision as one of “empowering the tribal leadership.”

However, although community involvement is important and clearly lacking in many areas of development, village and provincial leaders usually do not determine military strategies.

Also such community consultations seem lacking in another recent political decision, the cross border loya jirga or ‘peace jirga’ as it is being termed.

The decision, taken during the visit of President Hamad Karzai to the US, was done so without the backing of or consultation with Afghan institutions and groups.

Media reports have suggested that several cabinet ministers have also expressed scepticism about the jirga privately, given how it will work practically is yet unclear.

It is also arguable whether any such peace deals will be able to yield results if they do not have the backing of major political forces in Afghanistan.

The last five years has seen a concentration of political and administrative power in the presidency, with the marginalisation and exclusion of major political groups who may lay claim to power.

The same formula is in operation now, in the exclusive appeal to Pashtuns on either side of the border. President Karzai himself has spoken of the “traditional Pashtun leadership of Pakistan “being undermined systematically and violently”.

The danger now is that the constant appeal to Pashtun leadership, could have the effect of increasing separatist instincts and reinforcing their existence outside the structures of state and the rule of law creating a scenario that the leadership of Pakistan and Afghanistan are not likely to be ready to deal with at present. 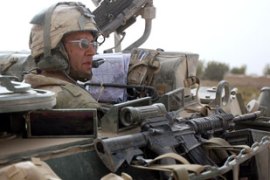