Then Saddam began reciting the Shahada, a Muslim prayer that says there is no god but God and Muhammad is his messenger, according to an unabridged copy of the video clip, which was posted on a website.

Saddam made it to midway through his second recitation of the verse. His last word was Muhammad. Then the floor dropped out of the gallows.

Saddam Hussein has been buried in Awja village, close to Tikrit.

It is Muslim practice to bury the dead within a day. Saddam’s sons, Uday and Qusay, are buried in Awja.

Al Jazeera correspondent Hoda Abd al-Hamid said he was buried in a far corner, his grave covered with the Iraqi flag.

A group of gunmen in vehicles attacked an Iraqi army checkpoint in Hawijah, west of the northern oil hub of Kirkuk, killing three soldiers and wounding another two, local police said.

Four more people were killed in several attacks in Baghdad.

Two were killed and another two wounded when an armed group fired a Katyusha rocket in the capital’s northwest Shia district of Kadhimiyah where Saddam was hanged.

In yet another attack, one person was killed and five wounded in a car bomb explosion in the Shawaqha neighbourhood in Baghdad.

On Saturday, car bombs killed more than 70 people in Baghdad and near Najaf, in areas populated by Shia Muslims oppressed for decades under Saddam and now in the ascendant.

Al-Maliki, his fragile authority among fellow Shia significantly enhanced after he forced through Saddam’s execution over Sunni and Kurdish hesitation, reached out to Saddam’s Sunni followers.

“Saddam’s execution puts an end to all the pathetic gambles on a return to dictatorship,” he said in a statement as state television showed him signing the death warrant in red ink.
“I urge … followers of the ousted regime to reconsider their stance as the door is still open to anyone who has no innocent blood on his hands to help in rebuilding … Iraq.”
Loss of influence
There is little prospect of peace from al-Qaeda’s Sunni Islamists, but al-Maliki and George Bush, the US president, hope that more moderate Sunnis may now choose negotiation over violence.
Unusually, the government did not even see a need for a curfew in Baghdad.
Protests in Saddam’s home town and in the Sunni west were small.
Although resentful at a loss of influence, few Sunnis found much to mourn in Saddam’s passing.
Many Kurds were disappointed that Saddam was not convicted of genocide against them in a trial yet to finish.
With violence killing hundreds every week, Iraqis have other worries. Celebrations in Shia cities and the Sadr City slum in Baghdad were brief and fairly restrained.
Mohammad Kadhem, a journalist in the Shia city of Basra, said: “It’s a great joy that I can’t even express. I can’t believe what I’m seeing on television – Saddam led to the gallows where he hanged tens of thousands of innocent Iraqis.”
Deadliest month
Meanwhile, the deaths of six soldiers pushed the US death toll to just two short of the 3,000 mark as December became the deadliest month for Americans in Iraq for more than two years. Bush has promised to unveil a new strategy in the new year.
The United Nations, the Vatican and Washington’s European allies all condemned the execution on moral grounds.
Many Muslims, especially Sunnis, making the hajj pilgrimage to Mecca were outraged by the symbolism of hanging Saddam on the holiest day of the year at the start of Eid al-Adha – some Shia also said his death was a suitable gift from God.
A witness in the Dujail trial said he was shown the body at al-Maliki’s office: “When I saw the body in the coffin, I cried. I remembered my three brothers and my father whom he had killed.”
After complaints of interference by Shia politicians in the trial, the speed of the execution may add to unease about the fairness of the US-sponsored process.
Saddam’s half-brother Barzan al-Tikriti and former judge Awad al-Bander will be hanged for the same crimes in January.
Source: News Agencies 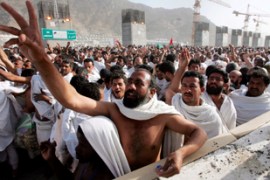 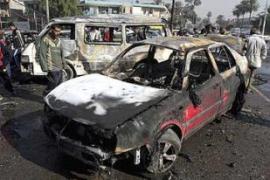