One issue relating to the rise in the number of Palestinians killed has been the increased Israeli military activity against Qassam rockets fired from the Palestinian territories.

“Of the number of Palestinians killed during 2006, over half weren’t participating in any hostile activity at all,” Michaeli said.

“The number of Palestinian deaths, in total, went up by over three times.”

Last year, the number of Palestinians killed was 197 throughout the territories.

“Most Palestinians were killed during military operations, of which Israeli military fire, attempting to hit Qassam rocket launchers in the territories, ends up killing civilians,” Michaeli said.

Production of Qassam rockets began in September 2001, after the outbreak of the al-Aqsa intifada.

Michaeli also said: “There have been a couple of concrete cases where Israel attempted to assassinate Palestinian leaders, but ended up killing civilians.

“When a rocket hits an area, civilians naturally rush in to help the victims of the first missile, but end up dead from the second missile strike.”

In the West bank, B’Tselem documents that many Palestinians have been killed by disproportionate force.

“Israeli soldiers have killed people that present no danger to them. A 28-year-old labourer in the West Bank was shot dead while working his trade, for example.

“In Nablus, a group of children were throwing stones at Israeli tanks, and a group of soldiers shot directly at them. These are not primarily combat situations.”

Attacks against non-combatants represent a clear contravention of international humanitarian law, he said.

The number of Israeli civilians killed by Palestinians so far this year was 17. Last year the number was 41.

“This has more than halved for a number of reasons,” Michaeli said.

Factors included “disengagement from Gaza in August, the evacuation of settlers, the separation barrier, and the fact that that Israelis have developed a greater capacity for thwarting suicide attacks”, he said.

A new phenomenon in Gaza this year was the demolition of homes from the air. About 80 homes were demolished using this method.

Israel demolished 292 houses during military operations in the territories, 279 of which were in the Gaza Strip. These were home to 1,769 people.

According to a number of sources, a 15- to 30-minute warning is given by telephone before homes are demolished by air-to-ground rocket strikes.

“Israel tries to justify these attacks by saying that these houses are military targets,” Michaeli said. “That there are weapons there, or attacks being planned there.

“But concrete evidence isn’t given due to fears of compromising intelligence.”

As of last month, Israel held 9,075 Palestinians, including 345 minors, in custody. Of these, 738 (22 minors) were held in administrative detention without trial and without knowing the charges against them. 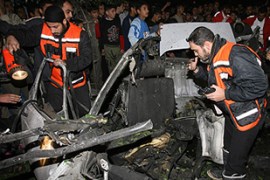 Israel to respond to Gaza rockets 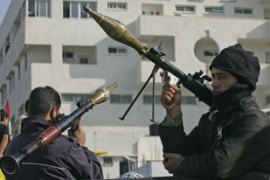 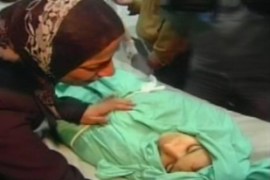 Two soldiers are suspended over the fatal shooting of a teenage girl in the West Bank.