Iraqi expatriates in one US city of Detroit greeted Saddam’s execution with a street party.

Saddam was largely hated in the community, where most of the Iraqi Americans and more recent arrivals are Shia and support for the 2003 US-led invasion remains strong.

“I want to thank President Bush,” said Haytham Almawla, 35. “He said he would take Saddam out and he did it.”

Timimi, 42, said his older brother, a university professor, had been killed by Saddam’s government.

“Everybody here all came after 1991, after the uprising. And all of us lost loved ones,” he said.

Jabar Alzayadi, 43, said his brother, a soldier in the Iraqi army, had been executed in 1989.

“I want to see Saddam hanged because he hanged my brother,” he said. “My brother did nothing wrong. He was not political. He had six kids.”

Despite the mood of celebration, some men said they were worried about relatives left behind in Iraq, and the prospect of reprisals from armed Sunni groups.

“I just spoke to my sisters and my mother in Baghdad,” said Farazdak Alsady, 22, who was wearing an Iraqi flag wrapped around on his head.

“They said, ‘We’ve locked the doors because we know something is going to happen.'” 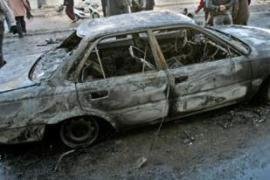 A suicide bomber targets the imam of a mosque north of Baghdad. 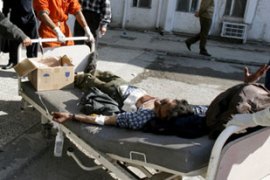 Car bombings kill many in Baghdad 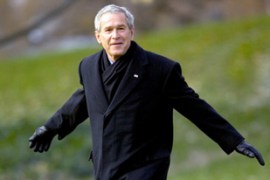