Cuba has been keen to show that Castro, who has not been seen in public for five month and is afflicted by an undisclosed intestinal condition, is still involved in state matters, though he relinquished power temporarily to his brother Raul Castro on July 31 after emergency surgery.

The Cuban leader’s prolonged absence from the public eye has fuelled speculation that he is terminally ill. Castro was last seen in video images released on October 28 that showed a frail man who had difficulty walking.

US officials suspect that Castro has cancer. John Negroponte, the US intelligence chief, told The Washington Post on December 15 that Castro was likely to die within months.

But a Spanish surgeon who examined Castro said on Tuesday that he does not have cancer and is making a good recovery from intestinal surgery.

“He does not have cancer, he has a problem with his digestive system,” Garcia Sabrido told Reuters. “President Castro has no malign inflammation, it’s a benign process in which he has had a series of complications.”

Cuban officials said the doctor’s statements corroborated what they have been saying for months. Castro’s illness is a state secret. Not even the Spanish surgeon’s visit to Havana and his statements were reported in the Cuban media. 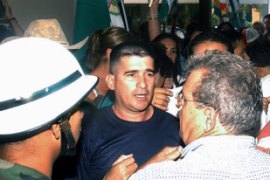 Bolivia to deport dissident to Cuba

Amauris Samartino said that returning him to Cuba would be a ‘death sentence’. 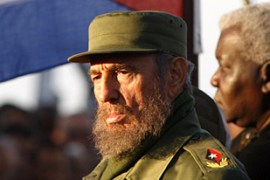 The leader’s empty chair greets delegates at the session of the national assembly. 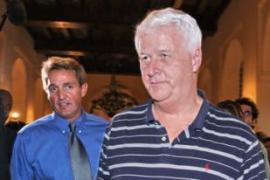 US politicians urge talks with Cuba

Visiting delegation told Fidel Castro does not have cancer and will return to work. 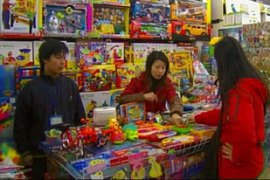 China finds it difficult to comply with standards imposed by the EU and the US.