But Sergei Kupriyanov, the Gazprom spokesman, told The Associated Press that the statement was merely “Semashko’s point of view” and the Belarussian position in negotiations.

“This does not correspond to an actual agreement with Gazprom,” he said, adding that talks would continue on Sunday.

Speaking at a news conference hours after nightfall in the Belarussian capital, Minsk, Semashko said he intended to fly to Moscow on Sunday morning to join ongoing talks. Kupriyanov had said that there could be no full-fledged negotiations without Semashko, “the main negotiator” for the Belarussian side.

“We are approaching a solution to the problem,” Semashko said of the bitter gas price dispute that could affect European supplies. He and other Belarussian officials have suggested that they can hinder the transit of gas across Belarus to Europe if Gazprom halts supplies meant for Belarussian customers.

Alexander Lukashenko, the Belarussian president, whose popularity and grip on the nation of 10 million could be weakened by an increase in the price for Russian gas, has accused Gazprom of blackmail.

The politically charged dispute reflects strained relations between Belarus and Russia, whose close ties go back centuries but have been increasingly tense in recent years as Kremlin is apparently tired of providing political and economic support for Lukashenko.

Gazprom, which has been raising prices closer to market levels after selling gas cheaply to ex-Soviet republics for years, is demanding that Belarus pay $105 per 1,000 cubic metres in 2007 – $75 in cash and $30 in shares of its gas pipeline operator, Beltransgaz.

The price would increase annually and reach a market-style European price – minus the transit cost and export duties – by 2011. For the next four years, Belarus would pay a portion of the cost in shares of Beltransgaz.

Semashko, however, said Belarus would pay $100 in cash in 2007 and that Gazprom would pay for half of Beltransgaz in cash. He said the gas price would increase by $11 annually after 2007, reaching $144 in 2011 – far less than the $200 Gazprom officials initially demanded for next year and have suggested would be the market price for Belarus today.

Semashko also said the fee for transit of Russian gas would be increased next year from $0.75 per 100km to $1.65. Gazprom officials have suggested that they are prepared to pay twice the current fee. 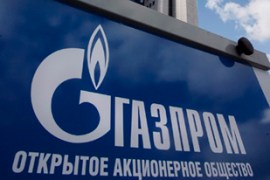