Maaouya Ould Sid’Ahmed Taya, the country’s former president, overthrown by last year’s coup after more than 20 years in power, was accused by opponents of rigging elections even after bowing to pressure to allow political opposition since the 1990s.

Colonel Ely Ould Mohamed Vall, the head of the military government, says he will give up power after Senate elections in January and presidential polls two months later.

Many of the constituencies voting in Sunday’s second round are in the country’s sparsely populated rural hinterland, stretching from its Atlantic seaboard into the Sahara.

Many urban seats, including those in the capital, Nouakchott, were decided in the first round.

At Ouad Naga, about 50km from Nouakchott, the overnight desert cold seemed to have put some voters off queuing in the early morning, but National Independent Electoral Commission officials said they expected more voters later on.

“I’m voting for democracy. This is a new era,” a housewife in her 30s said.

“Taya is a despot. I’m with Ely,” said one first-time voter, an 18-year-old school student, who declined to give his name.

An official at the interior ministry, which is helping the electoral commission organise the poll, said voting had got under way as planned across the country.

In the first round, a coalition of former opposition parties did well, securing 29 of the 43 seats decided.

Ahmed Ould Daddah, leader of the liberal opposition Assembly of Democratic Forces (RFD), has said that he expects his party to end up the biggest in parliament, giving it a mandate to forge a government along with its coalition partners.

Ten seats went to independent candidates, including some Islamists barred from openly seeking election on a religious platform by the new constitution, which outlaws the use of Islam for political purposes.

Spanning Arab and black Africa, and bordering Algeria, Mauritania is a US ally.

Its strategic importance has also been enhanced since it started pumping crude oil in February, and as a focus for efforts to stop African migrants leaving its shores for Spain‘s Canary Islands in the hope of a better life in Europe. 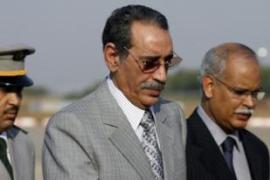 Mauritania votes in second round

Mauritanians head to the polls in parliamentary elections. 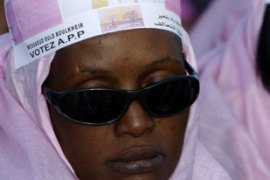 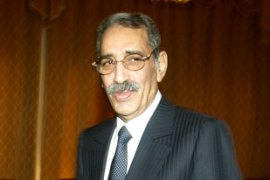