Wu Chih-ming, another Chunghwa official, said on Thursday the company was taking emergency measures to restore internet and telephone service on the island.
“We are renting transmission capacity from private cable operators,” he said. He said that a small portion of phone service was also being routed through satellite connections.
Lin said four ships with crews to repair the two undersea data transmission cables ruptured by the quake will arrive in the affected area on January 2.
Hong Kong officials said there would be “severe congestion” on undamaged cables and urged internet and phone users to exercise restraint in their usage.
Source : News Agencies 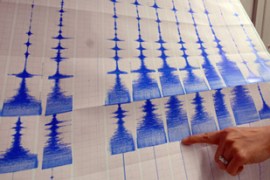